Home » Animals » The US and Canada Team Up To Find Out Why Whales Are DyingBy Lori Bell | September 1, 2017 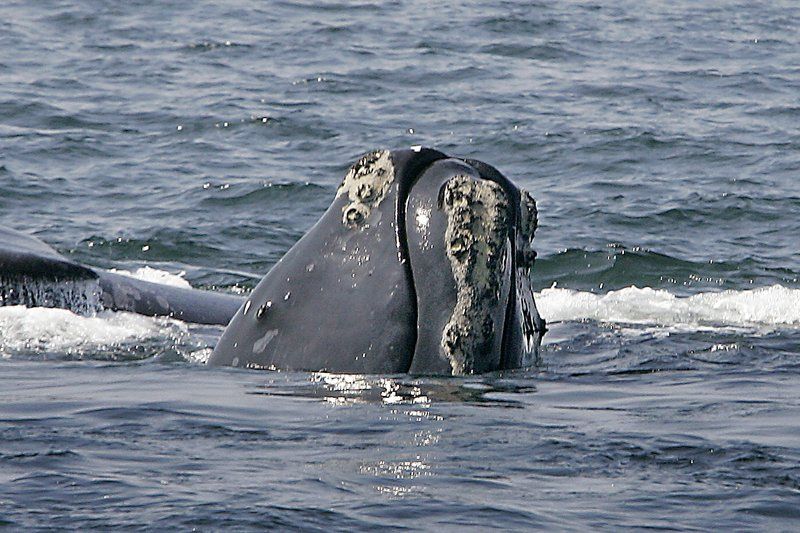 Picture by Stephan Savoia from the Associated Press.

A series of unexpected right whales have died this year, threatening their already precarious existence. With no obvious culprit for the sudden deaths, scientists in the U.S. and Canada are teaming up to figure out what’s killing this endangered species.

“The recent deaths of several North Atlantic Right whales are extremely concerning,” the Minister of Fisheries and Ocean Canada (DFO) and the Canadian Coast Guard wrote on his Facebook page. “We’re doing everything we can to protect these animals and ensure the long-term recovery of the species.”

Endangered right whales are in a precarious situation

Right whales have been protected in the states since the 1930s. However, that didn’t stop Japanese and Russians from hunting them or entanglement accidents. Now, there are less than 500 right whales left in the entire world.

As with any living being, some deaths are natural, but right whales tend to have rather long lifespans. The National Oceanic and Atmospheric Administration (NOAA) estimates the whales live longer than 50 years. Normally, only three or four right whales die each year. With such a small population, any unusual loss can create grave problems for a species, and strikingly, 10 whales have been found off the eastern coast since June.

2008 picture of right whales in Cape Cod courtesy of the Associated Press. There were only about 500 whales left and they keep dwindling for unknown reasons. Since April, about 2 percent of their population has died.

These numbers are more than troubling – they pose a real threat to the survival of right whales. DFO issued a statement saying they are “collaborating with other governments, groups who have expertise in marine mammals and species at risk, and others to determine what happened to the whales and to prevent future incidents.”

They are examining the whales to figure out what’s to blame for the unprecedented deaths and work to prevent more from happening. In addition, they will be working with U.S. organizations like NOAA to take steps to protect right whales off North America’s eastern coast.

The U.S. and Canada work together to try to discover the cause of right whale deaths

Although the causes are unknown DFO and NOAA are taking some precautions. On August 11th, DFO reduced the speed boats are allowed to travel in certain areas of the Gulf of St. Lawrence and will continue to monitor the whales.

Of course, other factors may also be contributing to the whale’s deaths. Changing sea temperatures, rising sea levels, pollution, and noise pollution all negatively impact sea life. According to the National Geographic, these same issues have hurt beluga whales in the St. Lawrence, and may have something to do with the right whale situation as well.

This, however, is just speculation. Scientists must perform necropsies on the deceased whales – similar to an autopsy – to analyze tissue and fluid samples. So far, they are in the process of performing the analysis on 6 of the whales and should have the results in 6 to 8 weeks from the start of each necropsy.

“DFO and its partners are working as quickly as possible to thoroughly evaluate potential causes of death. Laboratory analyses are required,” the organization stated, adding it would “discuss the final results of the necropsies once they become available.”