Urgent Plea to Obama: Save the Yellowstone Grizzly! 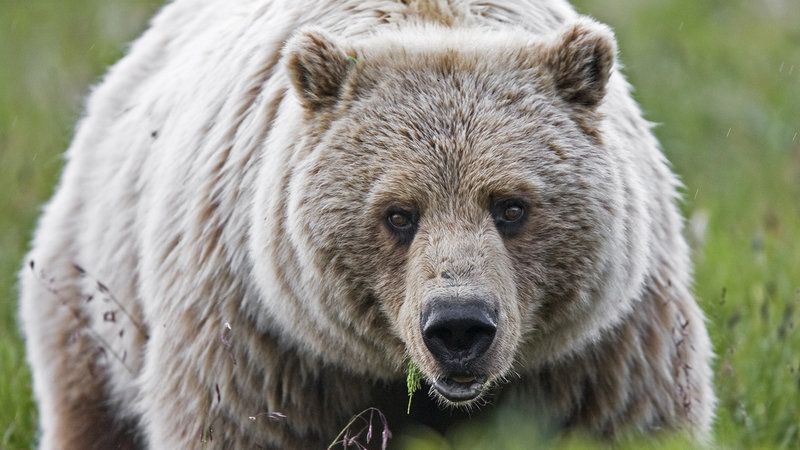 The letter below was written by disabled veteran and Guggenheim Fellow Doug Peacock, urging President Obama to continue protection of the Yellowstone grizzly under the Endangered Species Act. Delisting the animals would bring open season to trophy hunting of grizzlies in Wyoming, Idaho and Montana, which could spell doom for the majestic animals.

Show your support! Call the White House at 202-456-1111 to tell the president to keep Yellowstone grizzlies on the endangered species list – and please sign the petition here.

We are all in your debt for your action on climate change, indeed your greatest legacy.
However, one outstanding ruling remains: the fate of the nation’s grizzly bears.

The U.S. Fish and Wildlife Service (FWS) currently is deciding the most significant
wildlife issue of our time: the delisting of the Yellowstone grizzly bear.

Renowned wildlife biologists, including E. O. Wilson, Jane Goodall and George Schaller,
believe the removal of the Yellowstone grizzly from the Endangered Species list would
be a tragic mistake. These scientists, along with eminent citizens from the region, such as
philanthropists Ted Turner and Yvon Chouinard, signed a letter to you on June 3, 2016,
opposing this misguided proposal. (1)

Climate change is the key. Consider this excerpt from a video clip:

Contrast that statement with the FWS position as stated in the Federal Register, March 3,
2016: “Therefore, we conclude that the effects of climate change do not constitute a
threat to (the Yellowstone grizzly bear population) now, not are they anticipated to in the
future.” (2)

Since March 3, more than 800,000 citizens have signed petitions against Yellowstone
grizzly bear delisting, variously citing the FWS’s denial of climate change and the deadly
trophy-hunting season that would begin once the Yellowstone grizzly is removed from
Endangered Species Act protections. (3)

In Grand Teton National Park on September 30, 2016, over 50 tribes and First nations
signed a historic international treaty, “The Grizzly: A Treaty of Cooperation, Cultural
Revitalization and Restoration,” in opposition to federal delisting of the Yellowstone
grizzly.

We ask you to please look directly into this issue and the reasoning of FWS officials who
dismiss the effects of climate change. President Obama, you are the last hope for
Yellowstone’s grizzlies. Please include bears in your enormous conservation legacy.