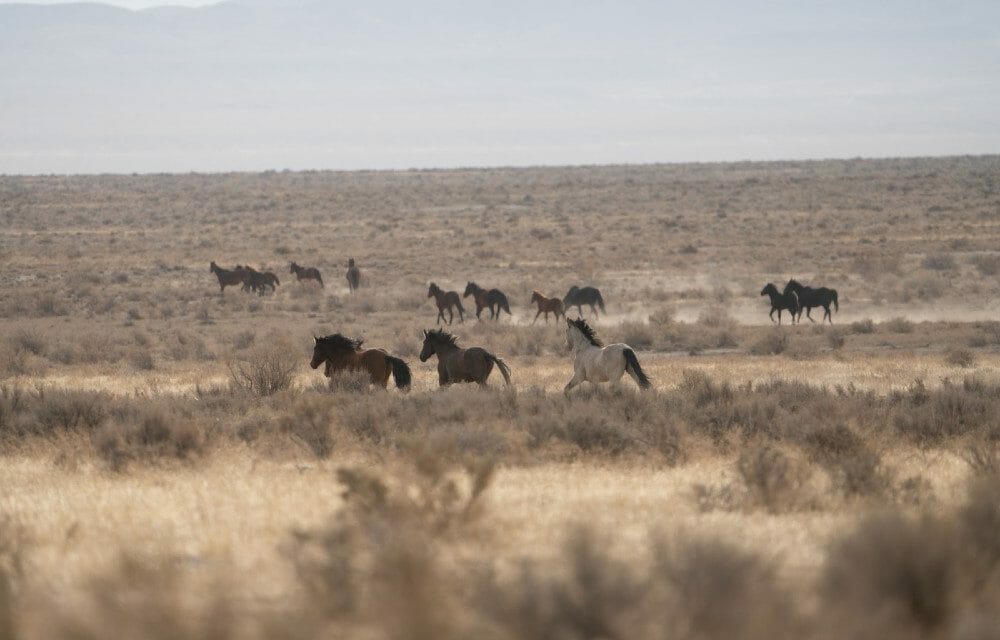 In a victory for America’s wild horses, the Bureau of Land Management (BLM) no longer plans to use dangerous and possibly deadly surgical sterilizations on mares in Utah’s Confusion Herd Management Area, given two lawsuits filed against the agency by wild horse advocacy groups.

The lawsuits from the American Wild Horse Campaign (AWHC) and Return to Freedom — alleging that the sterilizations are inhumane, unnecessary, and a violation of federal law — are still pending in state and federal courts. So BLM’s Public Affairs Specialist Lisa Reid couldn’t say much.

But what she did say was that the sterilizations are no longer happening.

“The Bureau of Land Management does not intend to surgically sterilize wild mares using ovariectomy via colpotomy under the agency’s October 2020 Confusion Herd Management Area Decision,” Reid told LFT via email. “The BLM will continue to evaluate effective and humane ways to manage and protect wild horses and burros on public lands.”

Nearly 32,000 people signed our petition demanding humane treatment for these wild and iconic animals, and we are thrilled to provide this update.

The BLM had approved shoving foot-long metal rods into the vulvas of wild mares and then severing their ovaries blindly with a chain — a controversial procedure known as ovariectomy via colpotomy — as part of its plan to reduce the wild horse population from 551 to 70 over the next 10 years.

The surgeries had never been attempted on a large scale with wild horses before, though studies in controlled environments had led to numerous complications: including a horse bleeding to death, a mare aborting a foal, and another mare requiring multiple blood transfusions to survive — the last intervention’s treatment obviously not open to wild mares on the open range.

The BLM gathered the horses and planned the surgeries for 17 mares for this spring, but then the two animal welfare groups sued — catalyzing the federal agency’s shift to seeking effective and humane alternatives.

This wild horse victory comes on the heels of some sad news, unfortunately. Five wild horses died as a result of the BLM’s roundups from November 29 through December 9. 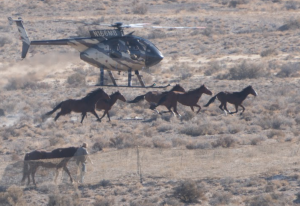 The victims included a horse with a broken neck who crashed into the holding panels and a foal who caught a hoof on something while running away from the helicopters used to drive the horses to the BLM’s corrals, with an attending vet deeming the resulting laceration, swelling, and possible fracture cause for euthanasia.

A mother mare, recently reunited with her foal, also was shot after the agency classified her as having “low-body condition” — or being in poor health.  Observers with the American Wild Horse Campaign, who attended the daily roundups, wrote in their field notes of that incident:

“A wet mare was lassoed at end of the day to reunite her with her captured four-month-old foal. But was euthanized in the field, according to BLM for low body condition. A vet was not consulted. Before her death, we witnessed her evading the helicopter for about 20 to 30 minutes, dodging back and forth. Her stamina seemed okay during that time.”

Two other mares also were shot for being in reported poor health, according to notes from both the AWHC and the BLM.

AWHC observers noted other negative impacts to the horses during their time in the field, including a black horse whom they watched rearing when lassoed before he was seen “crashing to the ground” and another lassoed horse who was “yanked back so hard that they flipped backward, this time landing on their head and neck.”

They also noted that “once in the pen, horses would often smash at full speed against the panels.” 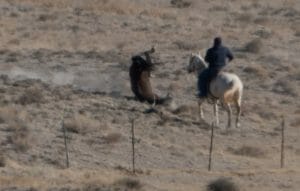 By the last day of the roundups, the BLM and their contractors had captured more than 300 wild horses from the area who were then taken to holding pens or transferred to off-range contract wild horse facilities.

According to the agency’s data, that total included 92 stallions, 137 mares, and 74 foals.

The BLM said that horses not adopted would be relocated to long-range pastures throughout the United States. 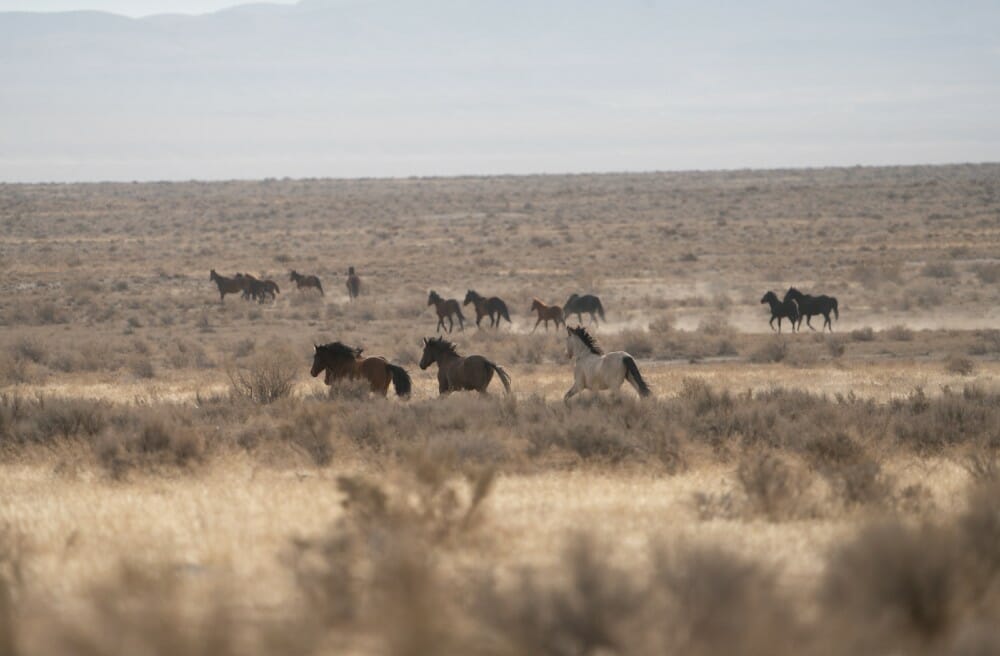