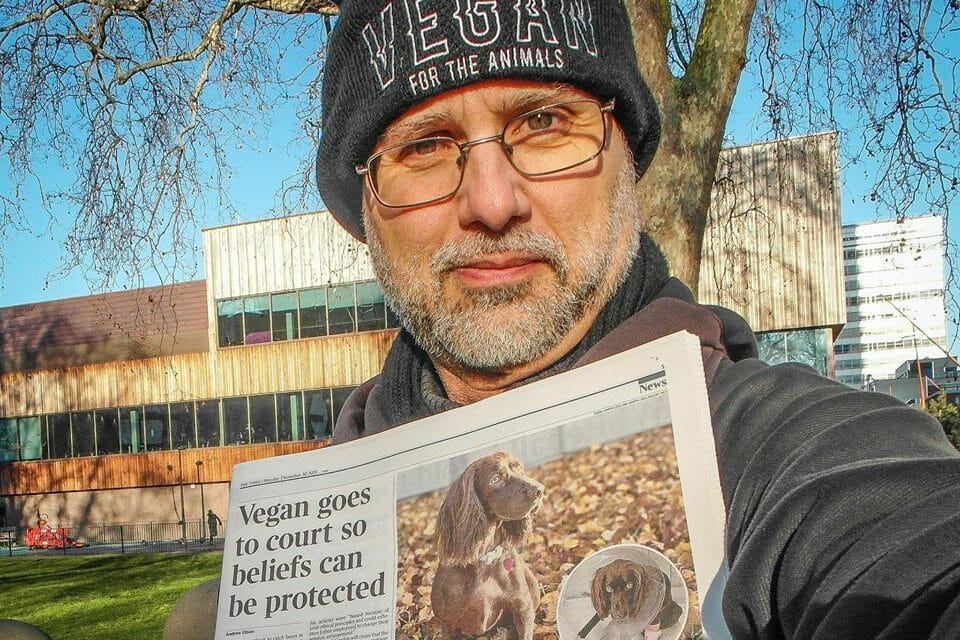 After a two-day employment tribunal in the U.K., a judge officially ruled on January 3 that ethical veganism is a philosophical belief, akin to religion, and should be protected by the law.

Vegan zoologist Jordi Casamitjana brought the landmark case to adjudication. He accused the League Against Cruel Sports of firing him after he revealed to colleagues that the company’s pension fund invests in businesses participating in animal testing.

Casamitjana decided to take action and ascertain whether ethical veganism can be classified as a protected “non-religious philosophical belief” and, therefore, be defended by the Equality Act 2010.

In his ruling, Judge Robin Postle pronounced that ethical veganism does meet the criteria required to qualify as a philosophical belief under the act.

“I am satisfied overwhelmingly that ethical veganism does constitute a philosophical belief,” he said, “and it is now a new protected characteristic.”

“I’m extremely happy with the outcome of this hearing and for the words of the judge who clearly understood what ethical veganism is,” commented Casamitjana after hearing the ruling. “I am not alone. Many people have supported me because they or their friends have experienced discrimination for being ethical vegans. Hopefully, from my dismissal something positive will come by ensuring other ethical vegans are better protected in the future.”

“Better protection means more vegans will be able to be open about their beliefs,” he added. “This can only be a good thing for the billions of animals still exploited by humans, an environment under duress, and stressed public health.”

In February, the tribunal will rule on whether the League Against Cruel Sports wrongly dismissed Casamitjana, discriminating against him due to his philosophy of ethical veganism.