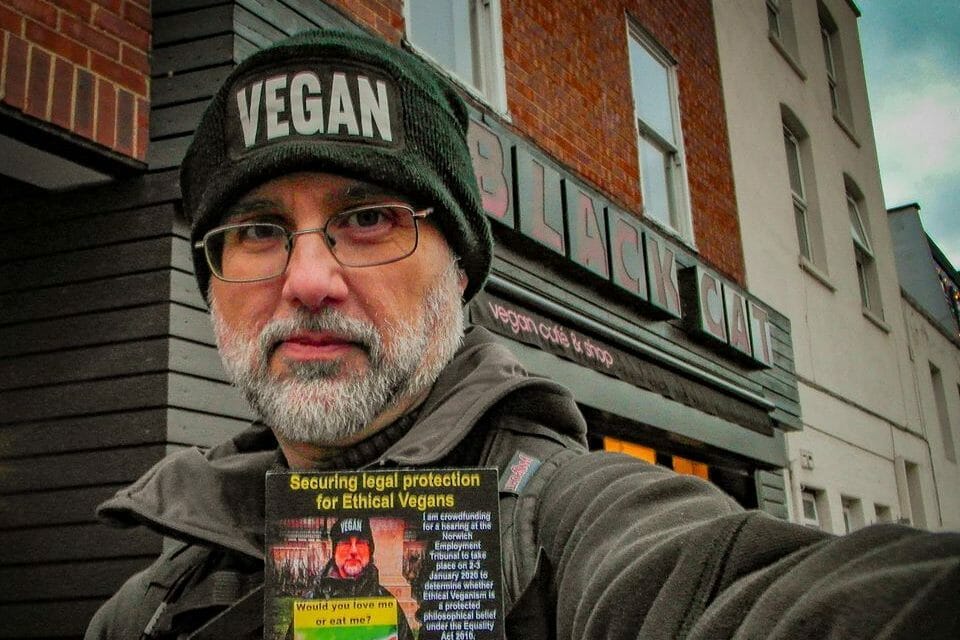 An employment tribunal in the UK is to decide whether ethical veganism is a protected philosophical belief under the Equality Act 2010, and therefore protected under law.

In the case, zoologist Jordi Casamitjana is accusing the League Against Cruel Sports of dismissing him for telling colleagues the company’s pension fund was being invested in businesses involved in animal testing. Claiming he is a whistleblower, Casamitjana believes the company sacked him due to his belief in ethical veganism.

Casamitjana says that he has taken the legal step to determine if ethical veganism can be classed as a protected “non-religious philosophical belief,” just as environmentalism and pacifism are.

However, the League Against Cruel Sports states that Casamitjana was dismissed for gross misconduct. “Mr Casamitjana was not dismissed because he raised concerns about the pension, either internally or externally, so our view is that there is no substance to his claims that he was whistleblowing,” the charity said in a statement.

The Equality Act 2010 is designed to protect people who hold certain religious or philosophical beliefs from discrimination, and Casamitjana’s solicitor, Peter Daly, proposed that ethical veganism meets the criteria required to garner this protection.

“The tests for determining whether a belief reaches the required threshold for protection from discrimination are well established, but they are exacting,” explained Daly. “It is our view that the tests are comfortably met by a belief in ethical veganism and that Mr Casamitjana’s personal belief is sufficiently strong to achieve that protection.”

The case will be heard at the Norwich Employment Tribunal in Norfolk. Casamitjana is using Crowd Justice to raise money for the hearing.

“I am crowdfunding for a hearing at the Employment Tribunal to take place on January 2 or 3, 2020, to determine the sole question of whether ethical veganism is a protected philosophical belief under the UK’s Equality Act 2010,” writes Casamitjana. “If successful, the case will secure the first judgment in Europe that ethical vegans are legally protected from discrimination because of our beliefs.”

This landmark case could provide the framework to halt future discrimination against people for their ethical beliefs. Please, consider supporting Casamitjana in any way possible.