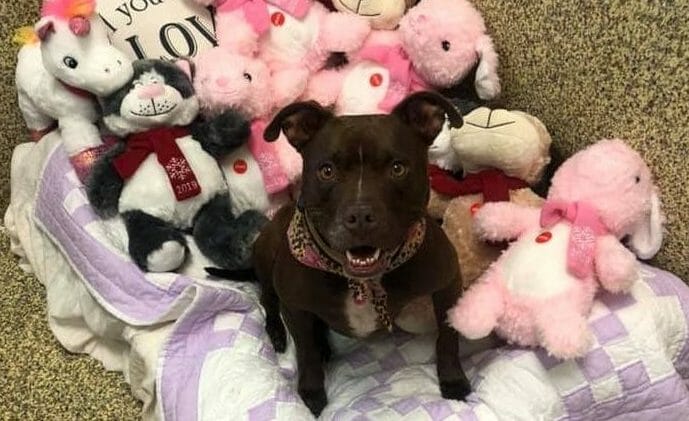 Long-term canine resident of Great Plains SPCA, Queen, has finally found a forever home after local animal advocate Scott Poore moved in with her on September 17 to highlight the friendly dog’s plight.

Poore had been regularly visiting the three-year-old terrier mix — who had been at the Kansas animal shelter for over 400 days — and witnessed her start to exhibit signs of depression and loneliness. So, he made the amazing decision to move out of his own home to share Queen’s 8-by-5 foot room.

Poore was determined to remain at Great Plains SPCA until Queen found the perfect home, and after just one week, someone fell in love with her and his mission was accomplished.

“She is a perfectly sweet dog and she just reminds me of a little stuffed animal,” Tony Puluso, Queen’s new owner, told local station KMBC. “I just immediately fell in love with her.” 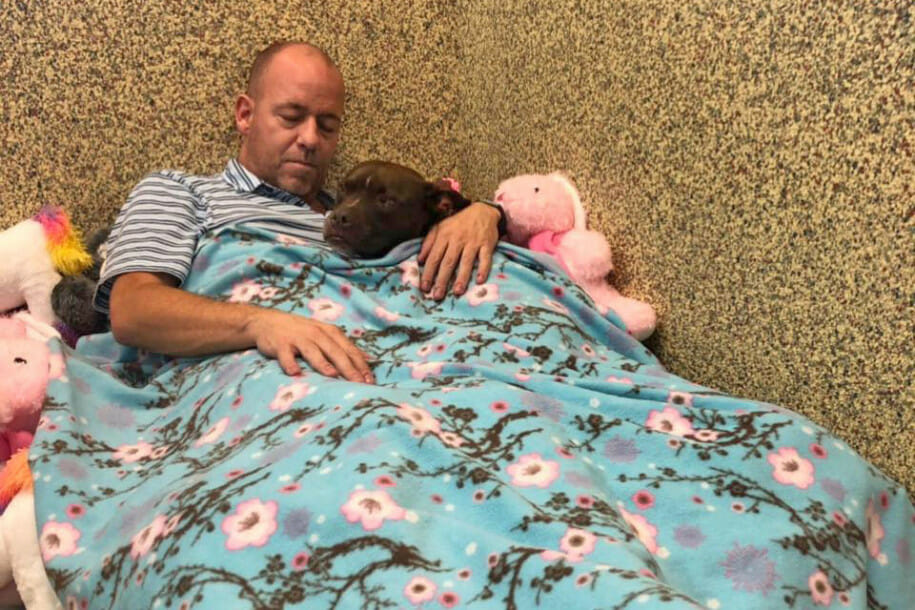 “Queen has left the building, thanks to an amazing man who fell in love with her story,” Poore wrote on the Facebook page of his animal aid organization, Mission Driven Goods. “While the past week was an emotional rollercoaster for us both, I couldn’t be more happy that after over 400 days living at the shelter, Queen has finally found her King.”

The ex-roommates were filmed walking out of the rescue center together to be greeted with confetti and cheers from a crowd of well-wishers.

Poore’s warm-hearted action to bring attention to Queen’s situation has helped to provide the lovable pooch with a wonderful future in her new forever home.