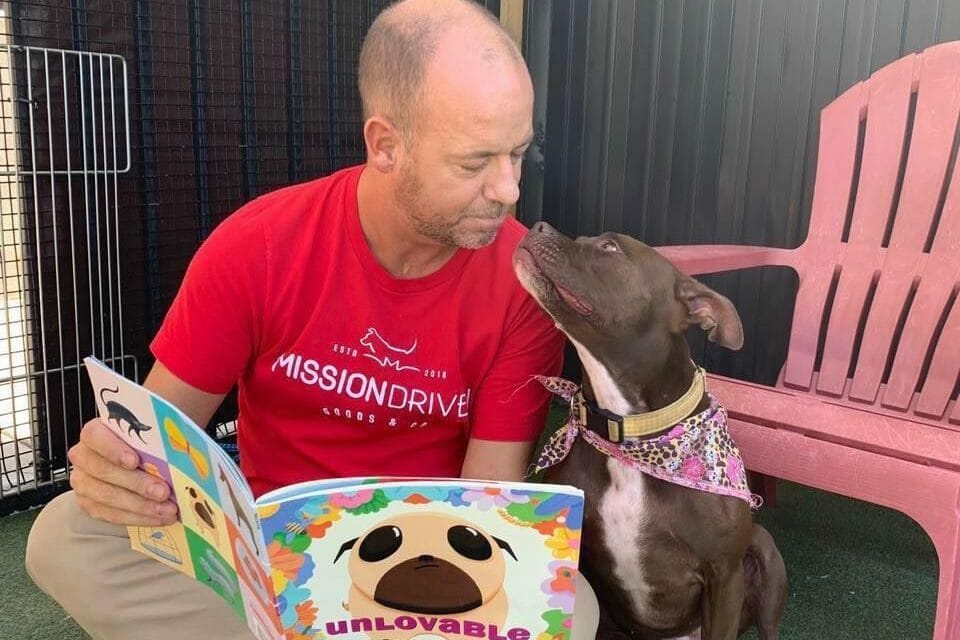 After visiting a dog named Queen at his local animal shelter for over a year, animal advocate Scott Poore has made the incredible decision to move into the dog’s room to highlight the plight of the loveable pooch and help find her a forever home.

The three-year-old terrier mix had a number of health problems when she was rescued from living behind a dumpster, and these initially prevented her from being adopted. Fast forward 400 days, Queen was still at the shelter and beginning to exhibit signs of depression and loneliness. Upon witnessing her devolving state, Poore decided to move out of his own home and move in with Queen at Great Plains SPCA in Merriam, Kansas.

The animal advocate made the announcement on his Facebook page: “We’re not having any luck finding her a forever home so I am committed to helping her,” he says. “What am I going to do? I’m moving into Great Plains SPCA. Queen has a small room and I’m moving in, we’re going to be roommates and I’m going to stay here until we find her not just a home, but the perfect home.”

Poore’s mission is to document his time spent with Queen to help get the beautiful canine adopted. After discussing the idea with Great Plains SPCA CEO, Tam Singer, who loved the idea, he took up residence in the 8-by-5 foot room on September 17. 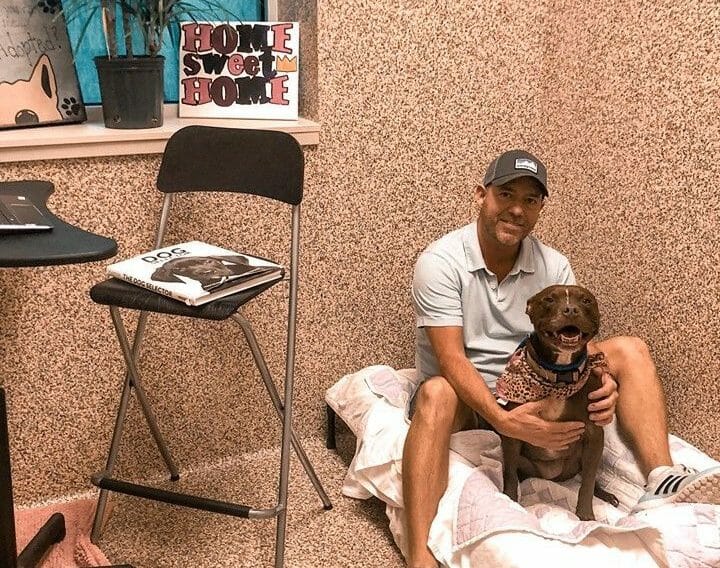 “The past couple months she’s started losing hope and that’s what motivated me to do this,” Poore told Fox. “I’m not going to let her lose hope.” He added that Queen is “the most affectionate lovable dog I’ve probably ever worked with,” adding that she is “gentle and loving.”

Poore is determined to remain living with Queen until she finds a suitable home. “He’s staying until she gets a home,” explains Singer. “He’s in it to win it.”

Poore’s kind-hearted decision to raise awareness of Queen’s situation has garnered a lot of interest and publicity, so hopefully this gorgeous dog will soon find her perfect forever home.