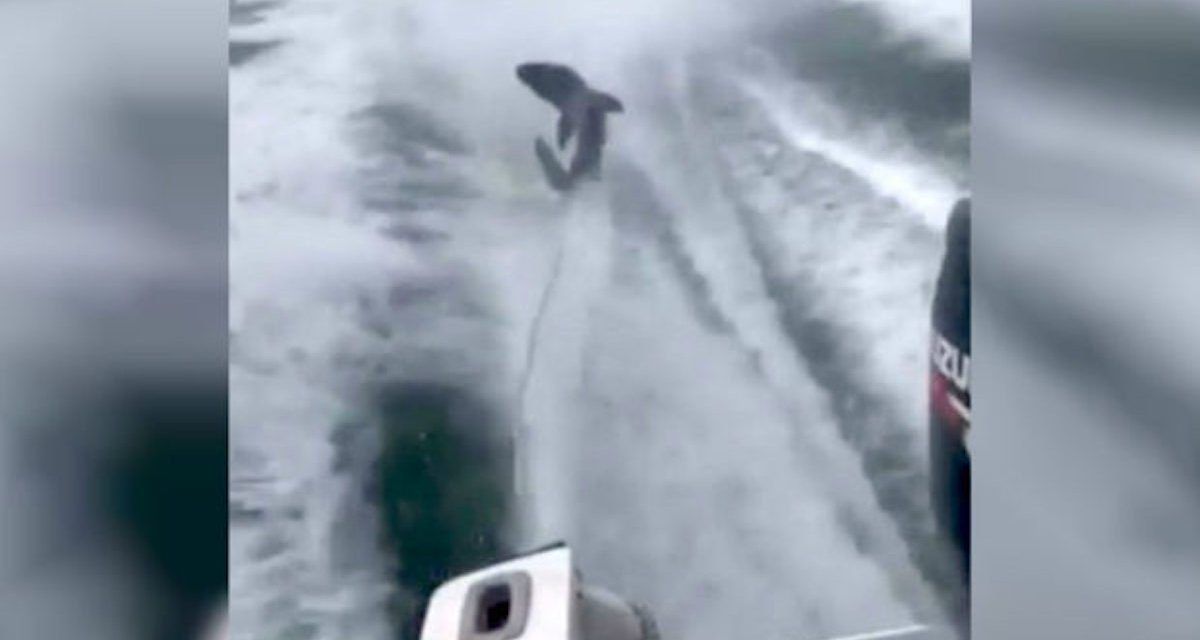 One of three men facing animal cruelty charges for dragging a shark behind a boat at high speeds has pleaded guilty and will serve ten days in jail.

Initially facing two felony counts of aggravated animal cruelty and a misdemeanor for using an illegal method to kill a shark, Michael Wenzel accepted a plea bargain. In exchange for a guilty plea for the misdemeanor charge, the state dropped the felonies.

Wenzel will serve his sentence on weekends and will be on probation for a further 11 months. He must also complete 100 hours of community service.

This sentence is disturbingly light, particularly considering the multiple acts of abuse that took place that day in late 2017.

Several videos shared on social media document a day full of cruelty and total disregard for the animals these men tortured and slaughtered, all aboard a boat piloted by Wenzel.

In one video, Wenzel catches a black tip shark on a fishing line — the only legal way to catch a shark in the region. Once the shark is on board, Wenzel aims a gun at its head and fires. The group can be heard laughing as blood pours from the shark’s head.

Another video shows the men shooting a black nose shark with a spear gun before performing a victory dance.

But the footage that went viral and shocked America was that of a shark being dragged by a rope behind the boat at high speed. The shark’s helpless body was flipped and tossed around as the group laughed and joked:

Multiple shark experts examined the video and told investigators it’s highly likely the shark was alive while being dragged. Robert Lee Benac was on the boat and admitted on Instagram posts that they dragged the shark in order to kill it.

Benac rejected a similar plea deal and will appear in court on June 24th to face a felony animal cruelty charge.

The state dropped all charges against the third man, Spencer Heitz, due to lack of evidence.

Wenzel’s sentence of just 10 days in jail is far too lenient for torturing an animal, and shows a disappointing tolerance for animal abuse. We urge prosecutors to take a stronger stand in the future, to protect more animals from suffering.