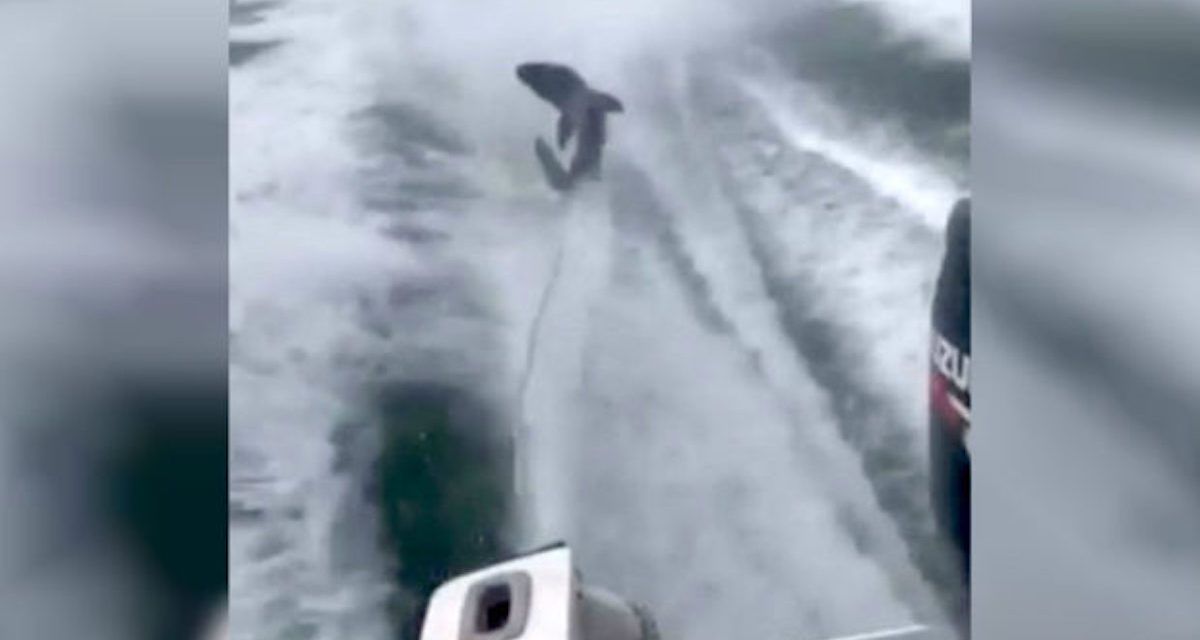 In a shockingly cruel video posted on social media, a group of Florida fishermen drag a shark behind a boat at high speed as the animal is brutally thrashed among the waves. The men simply watch and laugh; one comments that the shark looks nearly dead.

The sickening incident was posted Tuesday and has now gone viral, with an outpouring of angry comments over the abuse.

The video was sent as a direct Instagram message to fisherman Mark Quartiano. “I was horrified,” Quartiano told CNN.

Quartiano replied to the fishermen that he thought the abuse was wrong. In response, they sent him a picture of the shark’s head and mangled body after they were done dragging it through the water.

The Florida Fish and Wildlife Conservation Commission (FWC) is reportedly investigating the incident, but no charges have been filed. Please call or write to them to urge them to press animal cruelty charges against all parties responsible for this torture: