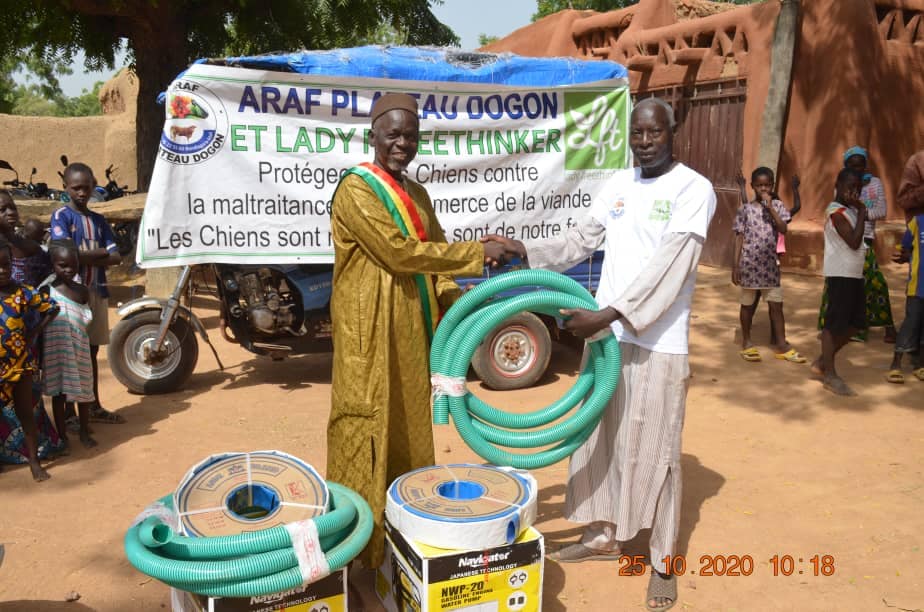 This transformation was officially marked and celebrated in a ceremony chaired by the Sébougou mayor. The celebration included local village chiefs and other officials, according to ARAF-Plateau Dogon.

The switch will save thousands of lives, as former dog meat sellers in Mali give up the trade and turn to plant farming for their livelihoods. The former traders are now speaking out against selling and eating dogs, too.

LFT funding is going toward a quarter of a hectare of land for each farmer. It also helps provide supplies to grow the crops, which will include tubers, vegetables, and small fruit trees with short cycles.

Most dog meat sellers are eager to give up the trade and only take part to feed their families. By growing crops, they’ll have a sustainable means of income. The initiative benefits the entire community, where some people live on less than $1 per day and urgently need resources.

This is part of a larger effort between LFT and ARAF-Plateau Dogon to help raise awareness of animal cruelty in the Ségou region of Mali, where more than 300 dogs are killed each day for meat.

Dogs are rounded up from villages — either taken off the street or sold by guardians who no longer want them — forced to walk for days without food or water, bludgeoned with sticks, and roasted over a fire.

In addition to encouraging dog meat traders to give up the trade, activists are traveling to villages to raise awareness of the campaign and encourage humane treatment of dogs.

The dog meat trade has grown in recent years there, with Mali’s growing population and lack of adequate food sources (partly due to climate change-related effects), according to ARAF-Plateau Dogon.

Lady Freethinker is proud to be a part of this initiative and take this big step toward ending the dog meat trade in Mali.