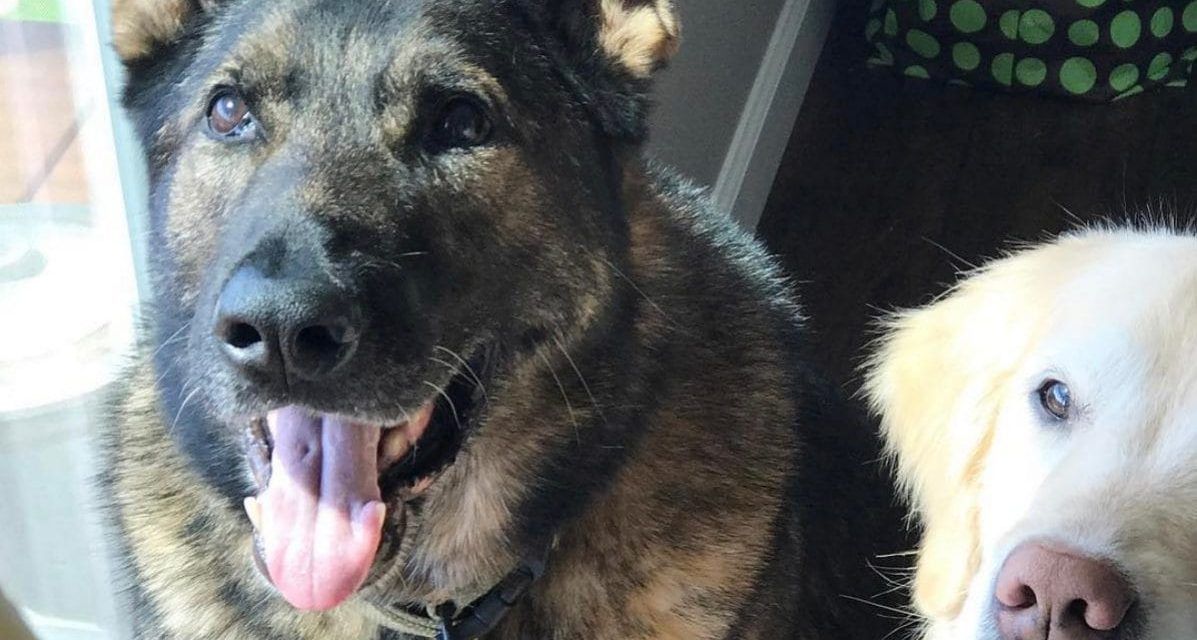 United Airlines is once again facing criticism for its treatment of animals — this time for sending a beloved family pet to the wrong country.

A 10-year-old German shepherd named Irgo, who was meant to fly from Oregon to Kansas to join his family in their new home, was mistakenly flown to Japan after being placed in the wrong kennel. Owner Kara Swindle arrived in Kansas to pick up the family dog, and instead discovered a Great Dane in his place. The Great Dane had been destined for Japan, but baggage handlers mistakenly switched the two dogs in Denver.

“They had no idea where the dog was,” said Swindle to CNN. “I burst into tears instantly because this has all just been a whirlwind. They didn’t know [where Irgo was] until 2:30am on Wednesday when the plane landed in Japan.”

United Airlines released a statement regarding the mix-up.

“An error occurred during connections in Denver for two pets sent to the wrong destinations. We have notified our customers that their pets have arrived safely and will arrange to return the pets to them as soon as possible. We apologize for this mistake and are following up with the vendor kennel where they were kept overnight to understand what happened.”

Irgo is heading back to his intended destination via private charter, but his guardians are concerned about his ability to survive another long haul flight of at least 16 hours.

This is United’s second animal-related incident in less than a week. A 10-month-old French Bulldog died after a flight attendant insisted the dog be kept in the overhead storage compartment for the duration of the flight. Usually, pets that are flown in-cabin are kept underneath the seat in front of the owner, where they can be closely monitored.

The airline is currently being investigated for the incident by the Harris County Animal Cruelty Task Force in Texas, and charges may be filed.

Following this recent death, United introduced a new in-cabin policy stating animals will not be stored in overhead compartments, and will issue special luggage tags to customers that are travelling on board with pets.

United Airlines have an extremely poor record with animal welfare. Last year, 18 of the 24 airline pet deaths in the U.S. happened on United flights. A further 13 pets ended their United flight with some kind of injury.

Christopher Berry, staff attorney at Animal League Defense Fund, urges all carriers to make improvements to procedures when transporting animals, whether in-flight or in cargo areas.

“The law doesn’t treat them as family members, even though many people see them that way,” said Berry. “I suspect that in these cases, the animals, for liability purposes would be treated as – and I hate to say it – luggage.”

Here at Lady Freethinker, we believe that animals are NOT luggage, and we are asking United to enforce stronger, more effective policies to protect the animals that they are transporting. Sign our petition to make sure that mistakes such as this do not continue to happen to our beloved pets.

SIGN: Justice for Dog Who Died after being Forced to Fly in Overhead Bin