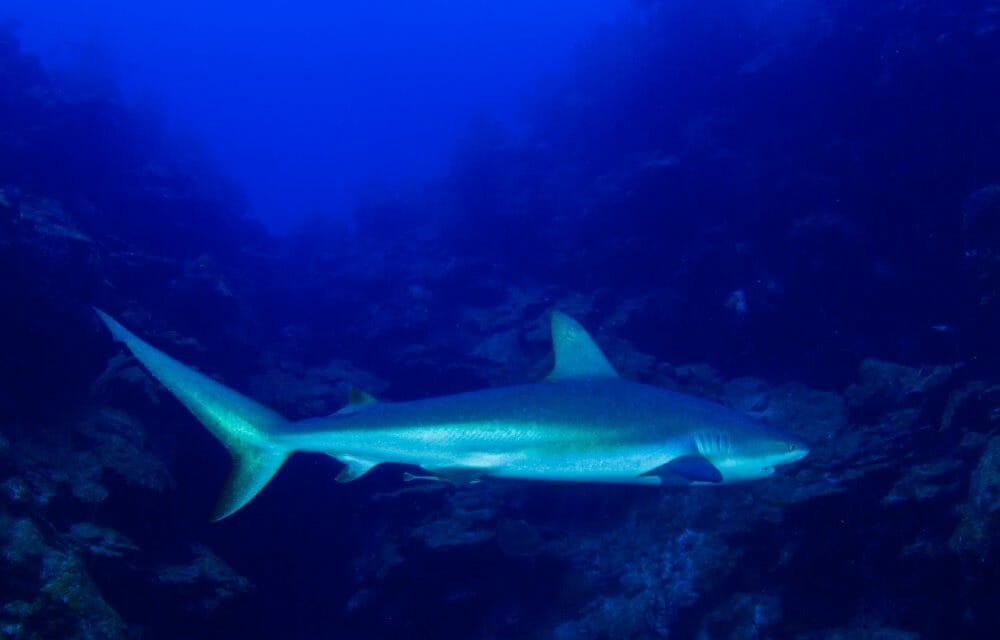 The United Kingdom (UK) recently announced a momentous move for shark conservation — a complete ban on both imports and exports of shark fins and shark fin products.

Animal Welfare Minister Lord Zac Goldsmith said the ban will support global shark conservation efforts and also send the clear message that the UK does not support a practice that “is forcing many species to the brink of extinction.”

“Shark finning is indescribably cruel and causes thousands of shark to die terrible deaths,” he said in a government press release. “It is also unforgivably wasteful.”

“Shark finning” refers to the cruel practice of hauling a shark out of the ocean, cutting off the animal’s fin, and then tossing the finless body back into the ocean to sink and drown.

Shark fins and associated products — including shark fin soup — are considered a delicacy in some parts of the world.

Shark Conservationist James Glancy noted that catching and killing sharks specifically for their fins and meat, as well as sharks being caught as “bycatch” by global fishing fleets, has led to an “unsustainable” and significant decline in shark populations.

Overfishing and other human activities have resulted in 143 of 500 shark species being classified as “under threat,” according to the International Union for Conservation of Nature. Statuses range from “vulnerable” to “critically endangered” — including the Porbeagle Shark and Ganges Shark, respectively. 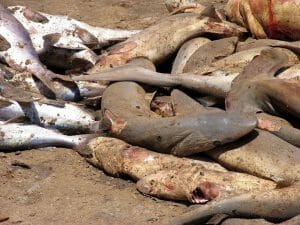 As apex ocean predators, sharks keep other fish at reasonable levels — the benefits of which include decreased levels of carbon dioxide, according to studies.

The UK has banned finning sharks in its waters since 2013, but legislative loopholes allowed people to bring limited quantities of shark fins into the country for “personal use” and also allowed the export of products.

An investigation by Unearthed, a journalistic branch of Greenpeace-UK, uncovered that the UK — even with the finning ban — exported 29.7 tonnes (or more than 65,400 pounds) of fresh shark fins in 2018 alone.

The new ban prohibits importing or exporting detached shark fins, as well as popular products such as tinned shark fin soup. The move means the UK now joins Canada — the first country in the Group of Seven to implement a complete ban on shark fins, in 2019.

“It is encouraging to see the UK addressing the fin trade as an element of overfishing, [which is] the principal threat to sharks and rays,” Hood said.

The UK government noted the shark fin ban is part of its Action Plan for Animals, currently being rolled out in the aftermath of the UK’s exit from the European Union, and also part of its ongoing marine conservation efforts.

The latter includes the UK’s involvement in a global campaign seeking to protect at least 30 percent of the world’s lands and oceans by 2030, piloted Highly Protected Marine Areas in UK waters, and the British “Blue Belt” program protecting waters around the British Overseas Territories.

While the UK’s ban on shark fins is cause for celebration, sharks are still in danger. Unless all countries work to save these magnificent creatures, the possibility of extinction remains. Sign Lady Freethinker’s petition urging the U.S. Senate to pass the Shark Fin Elimination Act and ban shark fins in the United States.