Turkey steals the show at Govinda’s restaurant reopening on Thanksgiving 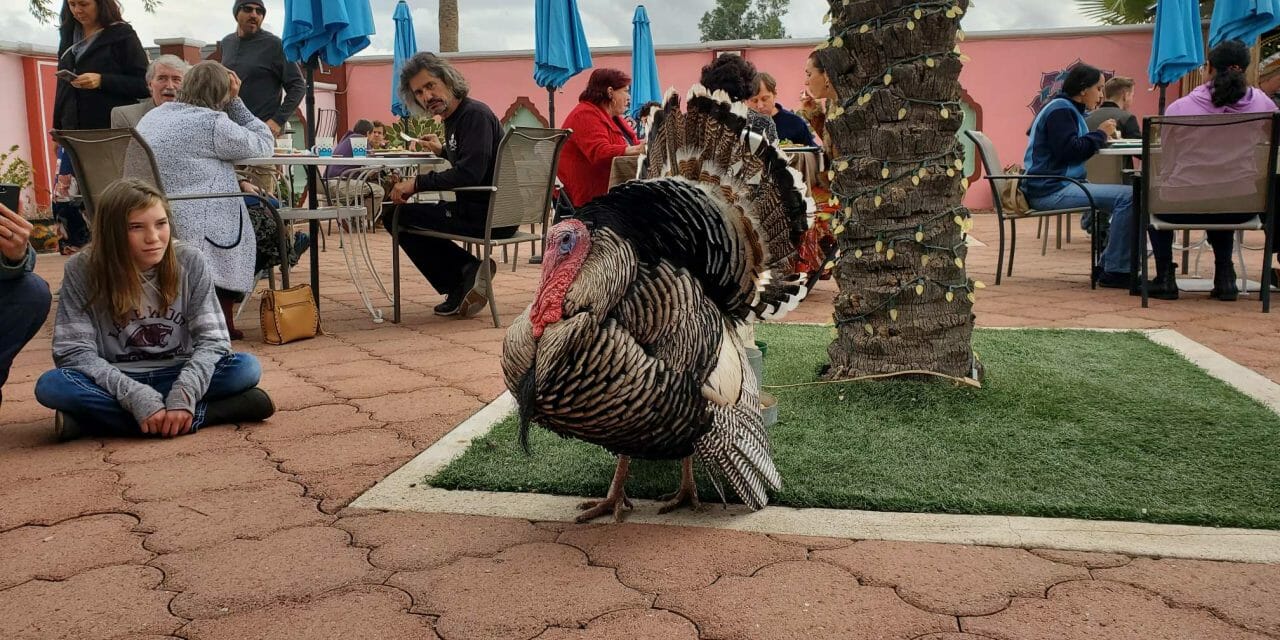 Govinda’s – the popular vegan-vegetarian buffet restaurant in Tucson, Arizona – was gutted by fire in July and only reopened for business the weekend before Thanksgiving. For the occasion, Govinda’s brought in a special guest star: an actual live turkey, who mixed and mingled with the patrons like a seasoned entertainer.

The turkey, named Mukti (Sanskrit for “liberation”, aptly enough) performed at Govinda’s last Thanksgiving, and did such a great job he was asked to come back for an encore. Robin, his escort from the animal sanctuary about two hours away, happily drove Mukti to his return gig.

There, he strutted his stuff, puffing out his chest and dancing to the beat when a live musician strummed a tune. The crowd ate it up – figuratively speaking, of course – taking selfies, clapping and just generally enjoying this one talented bird who fortunately escaped the chopping block.

“Mukti was unbelievable,” said Suresvara dasa, a Hare Krishna devotee who lives at the temple adjacent to Govinda’s, which is operated by Hare Krishnas. “It was like he knew he was there to perform, and that’s exactly what he did. Part of me thought I was watching a guy in a turkey suit.”

Govinda’s served nearly 500 meatless Thanksgiving meals that day. They were supposed to be open from 12 noon to 7 pm, but they ran out of food by 6. Mukti was happy to take all the credit.