Truly Amazing Before & After Photos Of Rescued Elephants 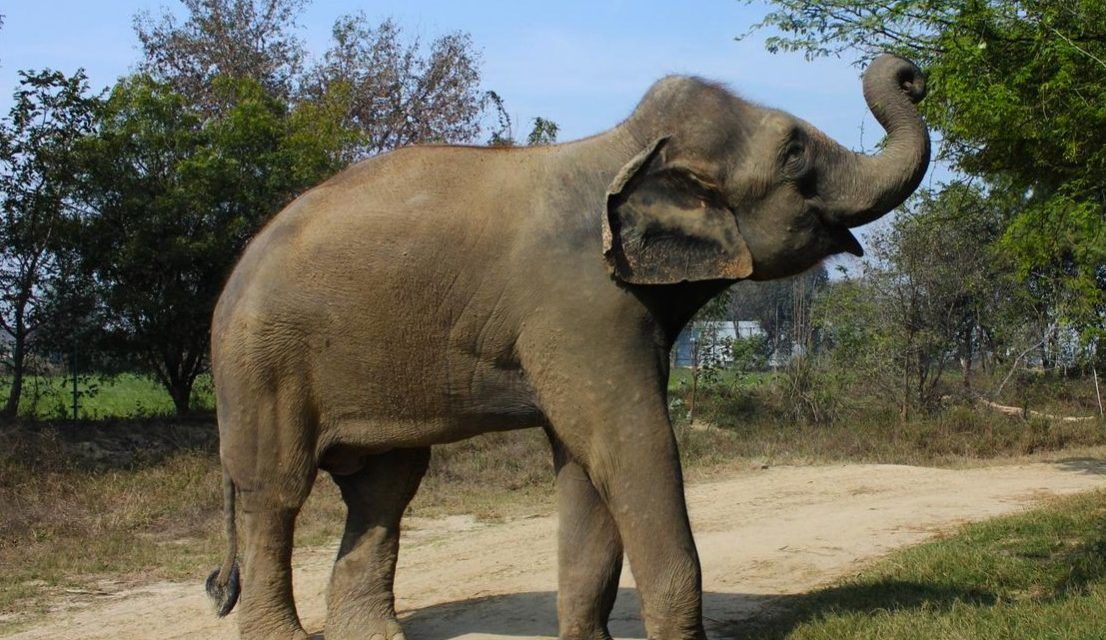 These absolutely amazing before & after photos are from WildlifeSOS and show the incredible transformations of their rescued elephants.

WildlifeSOS runs two elephant rescue and rehabilitation centers in India, and they save these precious animals from unbelievably difficult backgrounds. The differences between their lives before and after can be unimaginable, and sometimes nothing illustrates that better than a couple of photos. As you can see in the pictures below, these animals’ lives have been completely transformed after arriving at the sanctuaries, and their physical and emotional wellbeing is infinitely better.

Lilly: This sweet elephant was beaten by her owner and forced to subsist on what she could beg on the streets. Rescued in 2014, she was taken to the Elephant Rehabilitation Center in Haryana so that she could finally live among other elephants. 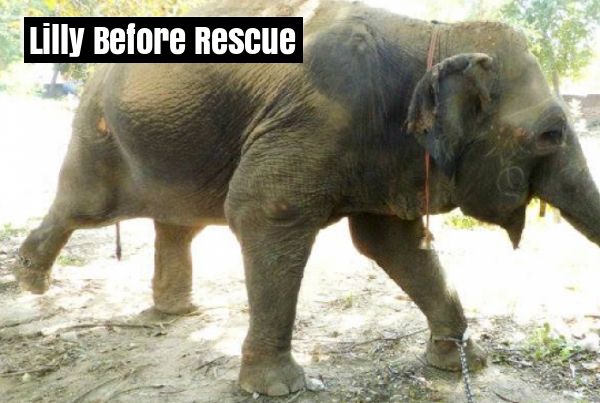 After arriving at the sanctuary, she quickly made friends with two other elephants named Erika and Ella. Now she is doted on by her keepers with fresh fruit and other goodies, and she loves strolling through the outdoors with her friends. Check out this sweet picture of Lilly after rescue with her best friends Erika and Ella! 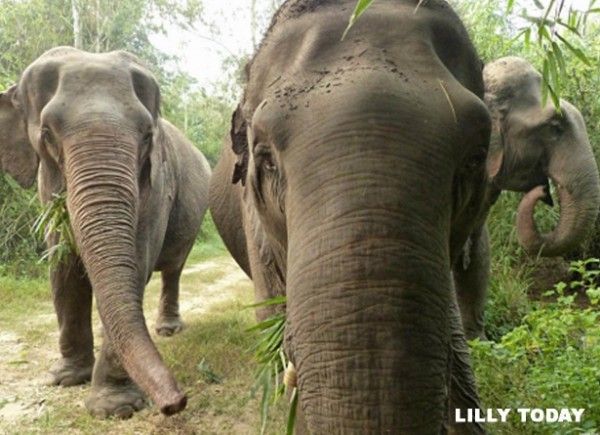 Suraj: This gentle giant was a severely abused and neglected temple elephant when he was finally rescued in 2015. He spent nearly all his time restrained by spiked chains in a dark, depressing, concrete room, chained by all four legs and lying in filth. 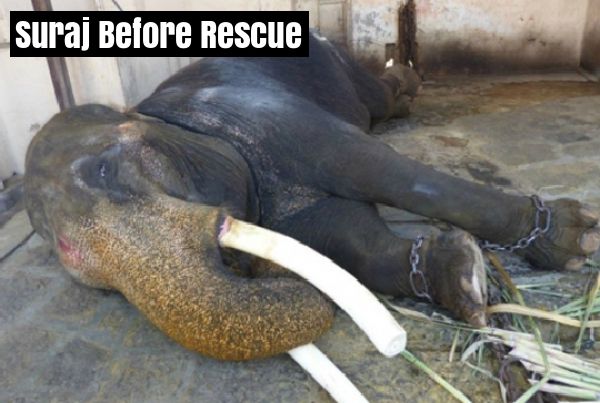 Now safely residing at the Elephant Conservation and Care Center, Suraj gets all the pampering he so deserves — along with regular medical treatment, healthy grub, and loads of exercise. Take a look at this precious picture of Suraj going for a stroll around the sanctuary! 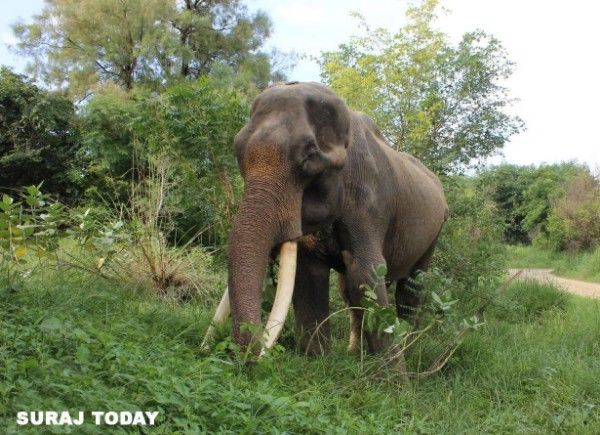 Raju: When this precious elephant was finally rescued he was in terrible shape. He had been used as a begging elephant on the streets and was emaciated, weak, and riddled with scars. He was constantly chained by all four legs and couldn’t even move without terrible pain. 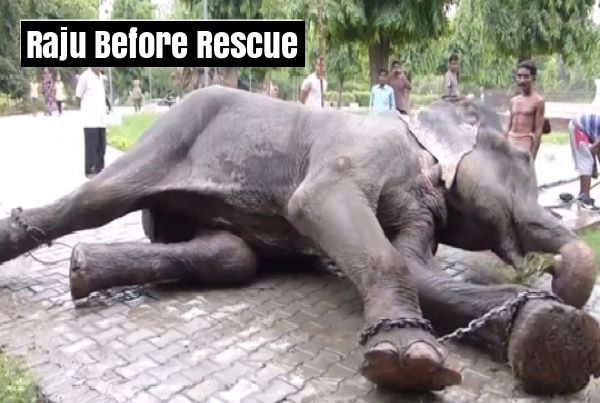 But Raju has truly come such a long way since his rescue. Now that he has nothing but free time, Raju can relax in the pool for hours. And he does! Soaking up his life forever free of chains. Check out this sweet photo of Raju relaxing in the tub with his elephant friends! 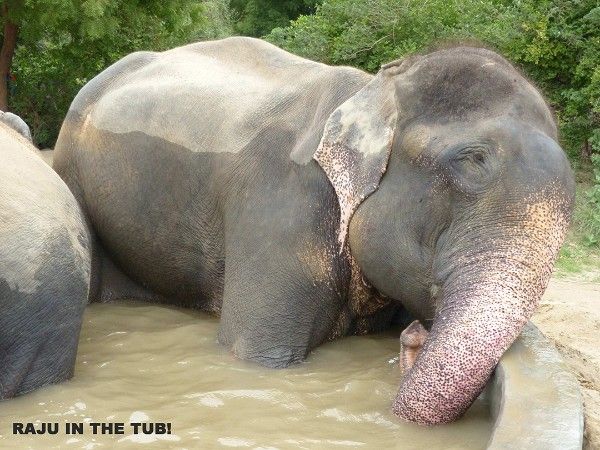 A big thank you to WildlifeSOS for rescuing these gentle giants. No more rides, no more circus, no more begging, and no more chains! We are so happy to see these precious elephants living in peace and dignity at the sanctuary!