Trophy-Hunted Giraffe Body Parts Are Being Legally Sold In The U.S. 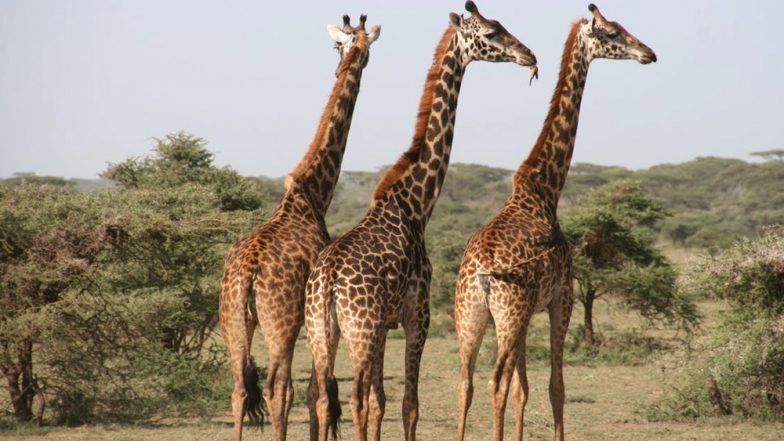 An investigation by the Humane Society of the United States has uncovered a thriving U.S. market for trophy-hunted giraffe parts. According to the findings, nearly 4,000 giraffes killed by trophy hunters were imported into the United States over the last decade. These giraffe body parts were then used to make knife handles, Western boots, furniture, taxidermy, and even bible covers.

The investigation found various giraffe body parts for sale by at least 52 different dealers in the United States. The shocking findings revealed that giraffe parts and products are widely available around the country, in wholesale and retail stores and online. The most common parts being sold are Western boots made from giraffe leather and specialty knives made with giraffe bone handles. The products range in prices from $8,000 for a partial giraffe taxidermy trophy to $10 for tail-hair bracelets. 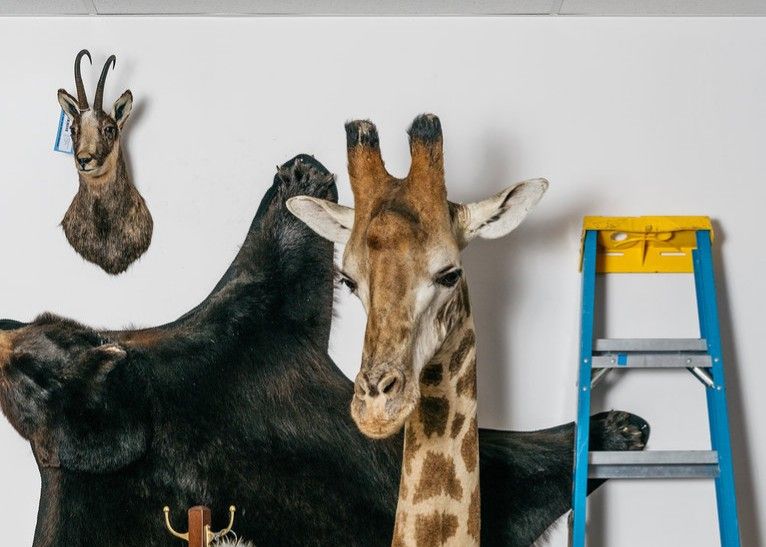 Stuffed giraffe for sale next to bear hide in a taxidermy shop. Image: Humane Society of the United States

According to the International Union for Conservation of Nature, wild giraffe numbers have declined by 40 percent since the 1980s, and with less than 100,000 remaining in the wild, this unique animal is in serious jeopardy. While part of this steep decline has been driven by habitat loss and civil unrest in the nations where giraffes live, the trade in giraffe trophies and parts poses an additional danger to this species. It seems that the beauty of giraffes has made them a ‘new exotic’ and sparked a market in giraffe leather, bone, and trophies. This unregulated new market is now expanding as other wildlife products, such as elephant ivory, have seen tighter regulations.

The investigation also uncovered disturbing connections between the American trophy hunting industry and the giraffe products trade. American trophy hunters import more than one giraffe trophy into the United States every day, and the hunting outfitters that help to arrange their hunts often generate further profits by selling the remaining giraffe parts.

“Our investigation indicates that trophy hunting outfitters in Africa are capitalizing on every last bit of these beautiful animals,” said Adam Peyman, manager of wildlife programs and operations for the Humane Society International. “They are selling them to taxidermists, animal product manufacturers and dealers, who in turn market them to sellers in the US. As this is completely unregulated, it is an easy alternative for products from other, more protected species like elephants and lions, but may still have the similar macabre allure. The prices of these products vary widely, but it is clear that outfitters and dealers try to squeeze every last dollar out of the carcasses of these animals.” 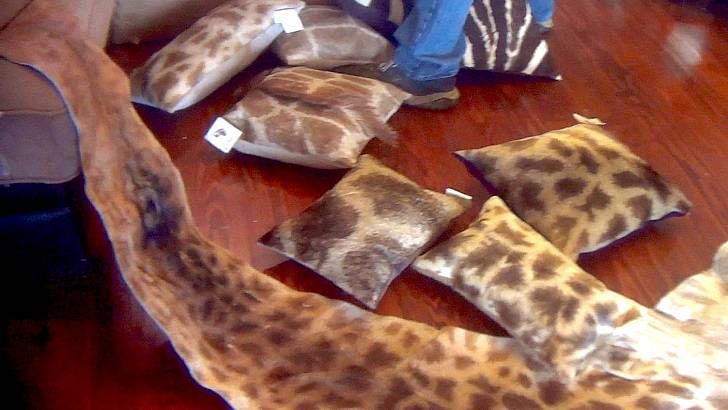 The sale of these products is legal in the United States, but the organization such as the HSUS argue that more restrictions are needed. Now a lawsuit has been launched by the Center for Biological Diversity, Humane Society International, Humane Society of the United States, International Fund for Animal Welfare, and the Natural Resources Defense Council. The lawsuit seeks Endangered Species Act protection for giraffes, with the hopes that new added protections would help curb imports of giraffe bones, hides, and other body parts.

“As giraffe populations plummet, the Trump administration won’t even take the first step toward protecting these beautiful animals,” said Tanya Sanerib, international program legal director at the Center for Biological Diversity. “Africa now has fewer giraffes than elephants, but the administration refuses to throw these imperiled creatures a lifeline. That has to change, before it’s too late.”