Tikiri the Captive Elephant Has Died After 70 Years of Slavery 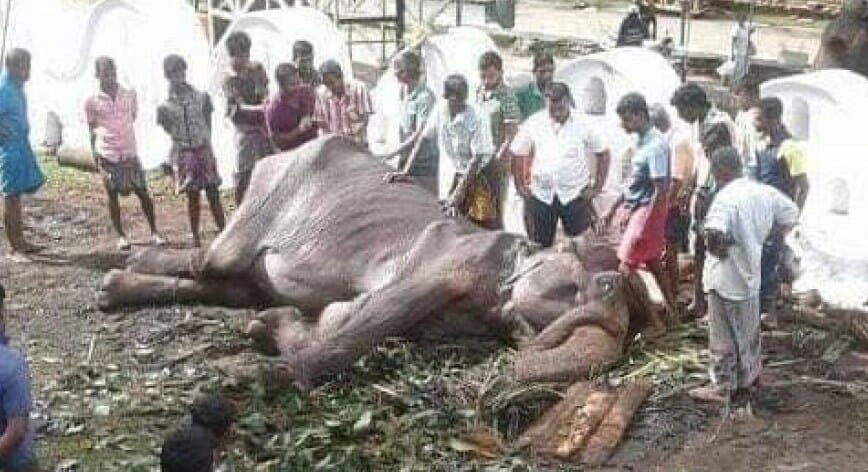 Held captive by humans for seven decades, Tikiri has tragically passed after a lifetime in chains as a parade elephant in Sri Lanka.

By the time Tikiri finally succumbed, she was skin and bones, as evident in a photo taken last month after the elephant had collapsed from exhaustion. Despite her increasingly frail condition, Tikiri’s captors had continually forced her to perform, costumed in ornate drapery that hid her emaciated frame.

Photos from Lek Chailert of Save Elephant Foundation exposed the ailing elephant’s condition to the world just before her collapse:

Amid massive public outcry, Tikiri was removed from her remaining festival duties. But if not for people across the globe denouncing the abuse, she would have still had to march in the annual Esala Perahera, a Buddhist festival in Kandy, Sri Lanka — in fact, she was already scheduled to do so.

Now, Tikiri’s suffering has finally ended. We must not let her sad life and painful death be in vain. Tikiri was far from alone in her agony; hundreds more elephants in Sri Lanka are enslaved and forced to work for their entire lifetimes, just like she was. And although she was spared this year, 60 other elephants were forced to march in the Esala Perahera, dressed in elegant costumes that hide their sick and battered bodies.

It’s time to stop the cruelty.

Sign this petition urging Sri Lanka’s Minister of Tourism Development to end the practice of forcing elephants to work in parades for human entertainment, so no more innocent animals suffer and die as slaves like Tikiri did.