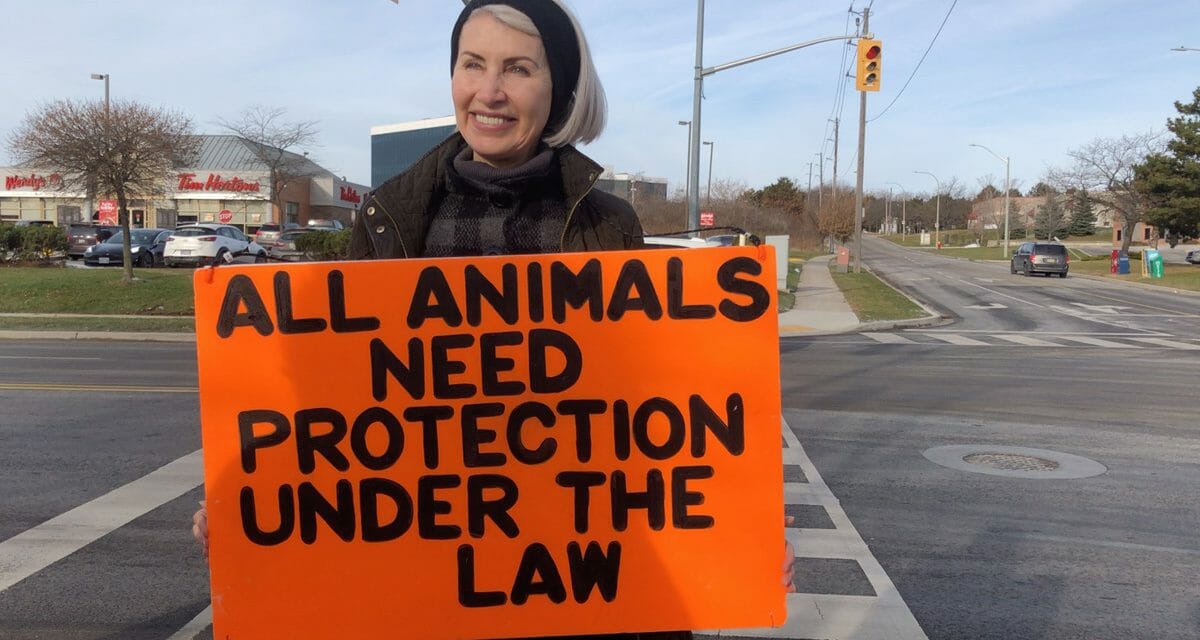 Lady Freethinker stands with the thousands of activists still demanding justice for Regan Russell, a dedicated animal rights activist who was tragically hit and killed by a slaughterhouse transport truck last year during a protest near the Fearman’s Pork facility in Burlington, Ontario.

Activists are still fighting for the release of the incident’s footage for independent review. They want criminal charges, if warranted, for the truck driver who struck Russell.

They’re also advocating for Regan’s Law, new legislation that would extend legal personhood and protection to farmed animals. If passed, the legislation would help protect animals and activists from future cruelty and abuse, an important counter to Ontario’s passage last year of the Security from Trespass and Protecting Food Safety Act —  an “ag-gag bill” which targets whistleblower exposés and lawful protests outside slaughterhouses.

Lisa Levinson, a campaigner for In Defense of Animals, said it was shocking that the slaughterhouse truck driver who killed Russell received nothing more than a traffic violation.

“Regan’s avoidable death cannot be in vain,” Levinson said in a statement. “We are urging lawmakers to pass Regan’s Law to protect farmed animals and safeguard whistleblowers who expose their abuse and tremendous suffering.”

“The animal agriculture industry brutally killed a brave Canadian pioneer in animal rights activism,” Kranjc said. “The thousands of letters sent are helping to bring justice as we approach the one year anniversary of Regan Russell’s death.”

If you haven’t yet, sign In Defense of Animals’ petition demanding justice for Russell, a lifelong activist who lived and died for the animal rights movement.