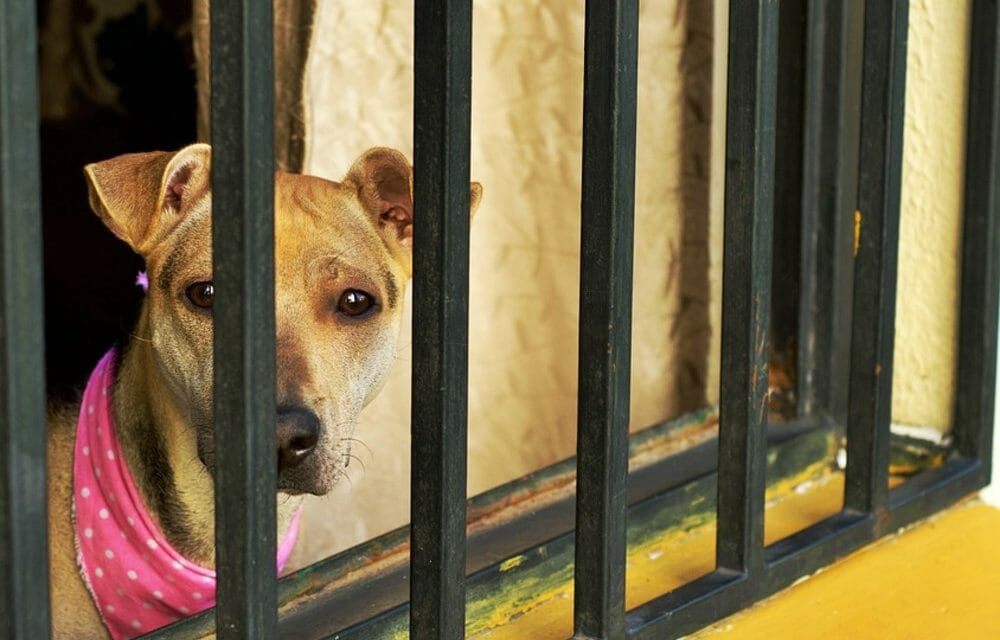 If passed, a new bill would authorize animal advocates to stand up for the best interests of abused animals in animal cruelty court cases.

New Jersey Bill A-4533 acknowledges that animals are sentient beings, capable of experiencing pain, stress and fear, and that they should be considered the victims of animal cruelty crimes when abused or neglected.

Courts have long allowed advocates for other vulnerable populations, including children. But it wasn’t until October 2016, when a Connecticut bill, known as “Desmond’s Law,” passed, that permitted advocates to legally represent the best interests of abused animals in a court of law. The bill was named after a shelter dog who was beaten and then strangled to death by his ‘caretaker.’

The New Jersey Bill, which is modeled after Desmond’s Law, would allow for attorneys and law students knowledgeable about animal abuse to serve as advocates for animals in criminal animal cruelty cases.

Appointed advocates would monitor the case, attend hearings, and make recommendations to the court, all the while fighting for justice for the abused animals.

Advocates would also be permitted to make an in-person statement to the court prior to sentencing about the impact the crime had on the animal, as commonly happens with court-appointed advocates who represent children victims.

While critics of the bill have blasted the “legal personhood” provisions for animals, a significant body of research has linked animal abuse to violence against humans, causing many people, including legislatures and prosecutors, to take animal cruelty cases more seriously.

Assemblymember Annette Quijano (D-Union), who sponsored the bill with several other legislators, noted that “people who hurt animals are likely to go on to hurt people.”

“By protecting our animal friends, we can ensure greater protection for New Jersey residents,” Quijano told Insider NJ. “The first step is to have someone advocating for their best interests during the legal process.”

Nationwide trends show that animal abusers often get light sentences — disproportionate to the seriousness of the crimes they’ve committed — or avoid conviction altogether due to overburdened courts that place higher priority on cases involving people or the limited knowledge of animal abuse by law enforcement or prosecutors involved with cruelty cases.

“Far too many animal cruelty cases in New Jersey and across the country end without trial or conviction,” she said. “These are pets who’ve faced unthinkable abuse, and yet don’t receive the justice they deserve.”

Lady Freethinker applauds Quijano, all the bill’s sponsors, and animal advocates around the world for speaking up on behalf of animals that are far too often ignored by the U.S. legal system.