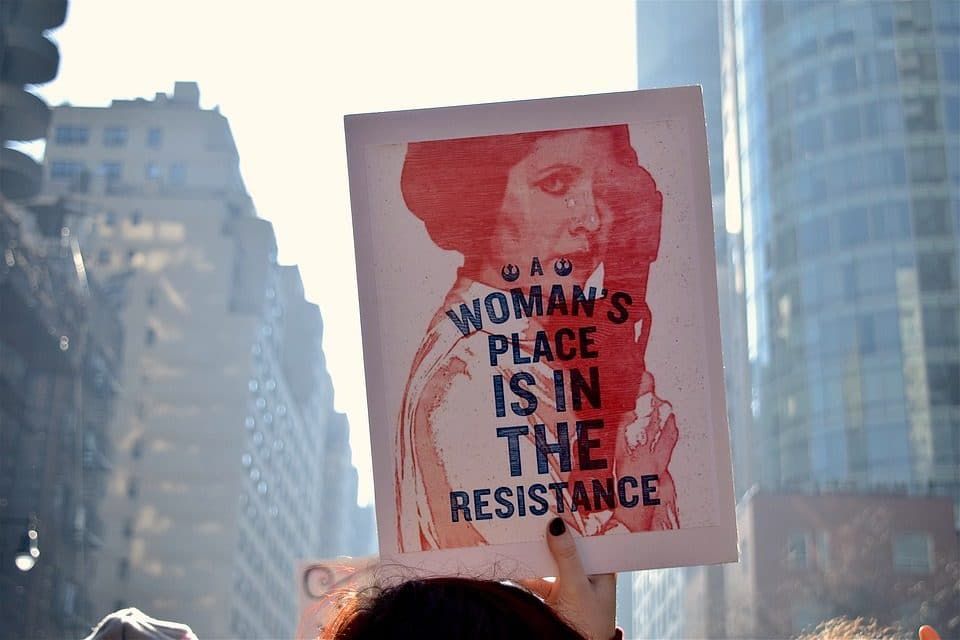 If you’re unhappy about the current political climate, it might be time to consider running for office. One advocacy group is encouraging women to do just that – to take politics and decision-making into their own hands.

Run to Win empowers women to participate in politics

Led by EMILY’S List, Run to Win trains women how to run for office — and most importantly, how to win.

“We are not just a training program,” Director of Strategic Communications at EMILY’s List, Vanessa Cardenas, told Lady Freethinker, “in addition to the nuts and bolts on how to run a campaign, EMILY’s List provides the political advice to help women run and win.”

The Run to Win training doesn’t just provide direction and advice about political campaigns. It also focuses on community building and gives participants access to a wide-ranging and supportive network.

“We give our women the information they need to build their campaigns and also work with them to make a difference in their communities,” said Cardenas. “We also connect them to our network of over 5 million people–men and women committed to the importance of women’s leadership.”

The upcoming training session on April 30th, entitled Run to Win 101 Environmental Candidate Training, will zero in on issues related to climate change and environmental politics.

According to a report from Rachel’s Network, which is also sponsoring the April 30th session, women legislators tend to vote in favor of environmental protections more often than their male counterparts. If women are more likely to vote to protect the environment, this makes them a potentially powerful, untapped group.

Why do women vote to protect the environment more often than men?

According to Craig Auster, PAC & Advocacy Partnerships Director at the national non-profit League of Conservation Voters (LCV), whose organization is also supporting the Run to Win 101 Environmental Candidate Training, there are several reasons women may favor pro-environmental policies.

“Women in Congress tend to vote more pro-environment and climate than their male counterparts because they understand the connections between public health and safeguarding our air, land, water and wildlife,” Auster told Lady Freethinker. “The women who represent us in Congress have demonstrated time and again that they know we need common-sense protections against pollution that will keep our families, communities, economy and climate safe.”

Aside from the connected outlook women have between their communities and the environment, there may be another reason they tend to vote for pro-environmental policies.

“Women also often run as political outsiders, meaning they are less likely to get financial support from traditional sources like the fossil fuel industry, and so are less beholden to them and are more willing to stand up to big polluters,” Auster explained.

Women are underrepresented in state and federal legislatures

How can women be considered outsiders?

Even though women make up half of the human race, their numbers certainly aren’t represented in U.S. politics today. In the 21st century, this gender inequality is glaringly obvious. And it isn’t just about equal pay – women are underrepresented in both national and local legislatures.

With pictures of Trump’s predominantly male entourage popping up all over the internet every month, it’s not hard to see the discrepancy.

In fact, when it comes to women in politics, the UN ranked the U.S. as 104 for women in parliament in 2017, falling far behind other similarly developed countries.

If women had more of a say in the political process, things might look a lot different.

Imagining the future of women in politics

Given the Trump administration’s stance on climate change, it’s important to get more pro-climate representatives into office.

“LCV is sponsoring this training because we understand that we need to be fighting for pro-environment and climate policies at every level of government,” said Auster. “Resistance to Trump is both local and national, and we need more pro-environment candidates to step up and run for office in their communities.”

For many, those pro-environmental candidates will be women. Since the election, EMILY’s List has been working actively. According to Cardenas, over 10,000 women have expressed an interest in running for office. In fact, they have been so successful they are tripling their state and local staff and plan on expanding the program.

“Only by taking back our municipalities, state legislatures, governors, Congress and the presidency from climate science deniers can we get back to making progress on the climate crisis,” said Auster. “We are excited to see so many people signing up to run, and look forward to helping support candidates who can win and take back key seats for the environment in 2017 and 2018.”