This Former Dog Butcher Is Turning Into a Rice Farmer, Thanks to Animal Activists

Home » Animals » This Former Dog Butcher Is Turning Into a Rice Farmer, Thanks to Animal ActivistsBy Heather Shields | November 6, 2019 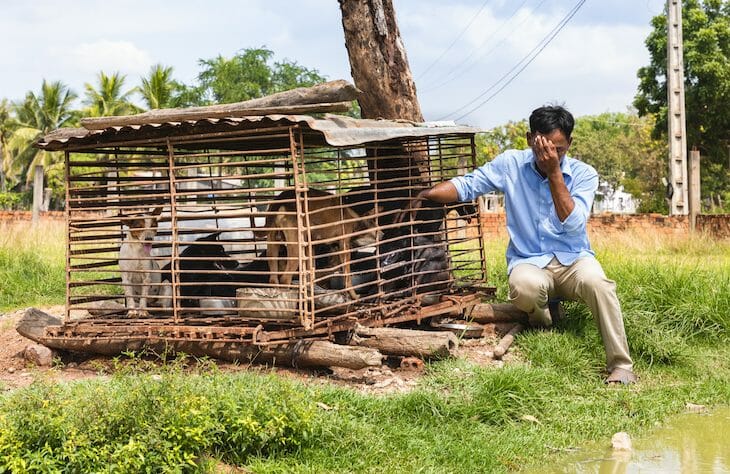 The news came after FOUR PAWS International, a nonprofit that advocates for animals and animal rights around the world, shut down a dog slaughterhouse in Phnom Penh, Cambodia. After months of investigation, the slaughterhouse closed its doors October 27, and 10 rescued dogs are in the care of rescue group Animal Rescue Cambodia.

When the organization began their investigation, the owner of the slaughterhouse jumped at the chance to get out of the dog meat trade. More than 2,000 dogs were slaughtered each year at his location for their meat and body parts, and he wanted a fresh start. Over the course of the investigation, FOUR PAWS helped him purchase a rice field and craft a business plan for rice and vegetable farming. The organization destroyed all instruments for holding and killing the dogs when the slaughterhouse closed, and the owner vowed to never be a part of the industry again.

The dog meat trade is a lucrative and cruel industry, and there is little enforcement of the regulations in place. An estimated 3 million dogs are killed each year in Cambodia. Many were pets that were kidnapped or strays snatched off the streets. Dried dog penises are seen as good luck and worn as talismans, and the meat is enjoyed as bar food by men and at home by women for its supposed health benefits. 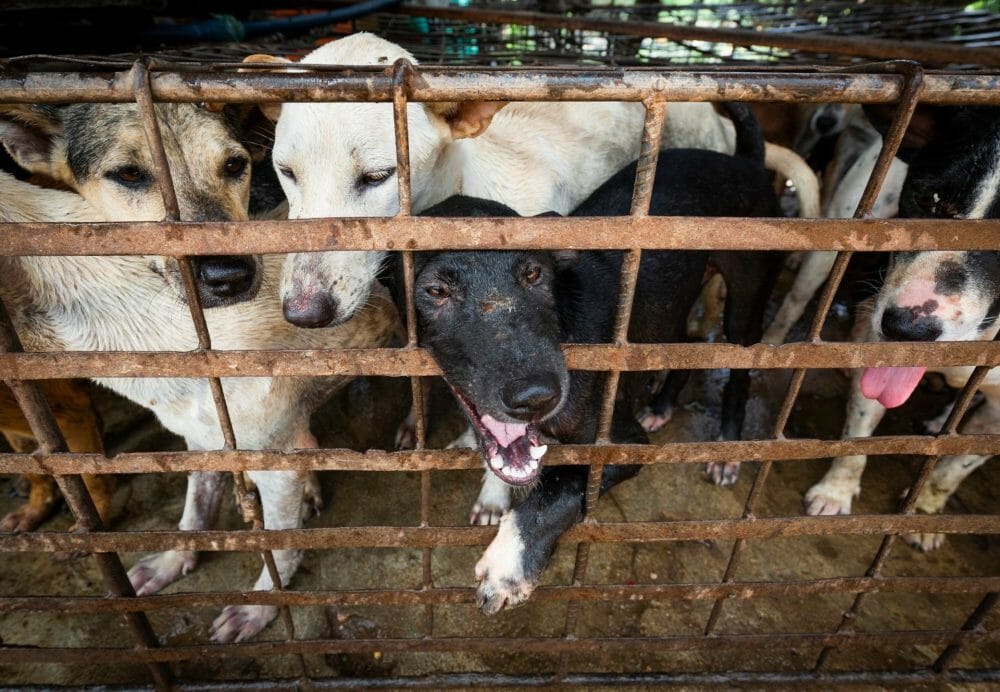 At this slaughterhouse, two dogs had been kept in cages since they were puppies and watched their companions have their throats slit for two years.

“We are so relieved to put an end to an operation which caused the needless suffering of so many animals,” said Dr. Katherine Polak, the veterinarian and Head of FOUR PAWS Stray Animal Care in Southeast Asia. “The rescued dogs were in heartbreaking conditions. The two dogs that sat in the tiny cage for more than two years could barely walk due to severe muscle atrophy of their legs.”

This is a wonderful ending for both the dogs and the slaughterhouse owner. The rescued dogs are receiving veterinary care and will be available for adoption once rehabilitated.