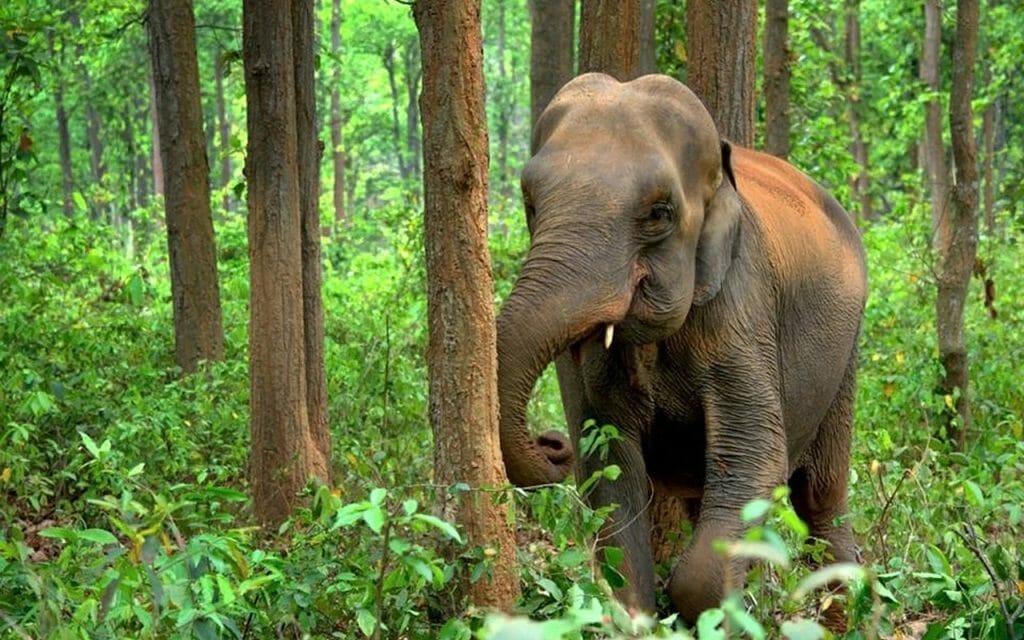 In an innovative and animal-friendly solution to human-elephant conflict, residents of 12 villages in Ronghang-Hatikhuli, Assam, have given over a vast tract of land to create a ‘meal zone’ for elephants.

Wild elephants frequently venture down from the hills of the neighboring Karbi Anglong district looking for food and subsequently causing damage to the locals’ paddy fields. In a plan to keep the majestic animals away from the villagers’ own crops, around 600 Indian farmers have donated 33 acres of community land to the NGO Hatibondhu (‘friends of elephants’) to grow rice and other crops.

“Growing paddy for elephants was the idea of Pradip Kumar Bhuyan, the director of our NGO,” environmentalist Binod Dulu Bora, told The Hindu. “We had several meetings with the villagers and managed to convince them by saying they would be setting an example for the world to follow toward reducing man-animal conflicts.”

As well as paddy, Hatibondhu and the local farmers have also planted 2,000 outenga (elephant apple) saplings, 1,500 jackfruit plants, and 25,000 banana plants, which the elephants can feast on. It will take some time for the crops to mature, so until then the elephants can feed on an area of fast-growing napier grass planted specifically for them.

“By the time the elephants finish the crop grown for them, we will have harvested much of our own. We think the elephants will turn back if they don’t find crop in our spaces,” commented one of the two village headmen, Dyansing Hanse.

The other headman, Jiten Kro, added that he hoped the move would help humans and elephants co-exist amicably. “We are happy to have given back some space to the elephants through a project that I believe is unprecedented,” he said.