Home » News » The US Government Is Trying to Overturn Protections that Save Grizzly Bears from Trophy HuntersBy Carly Day | June 10, 2019 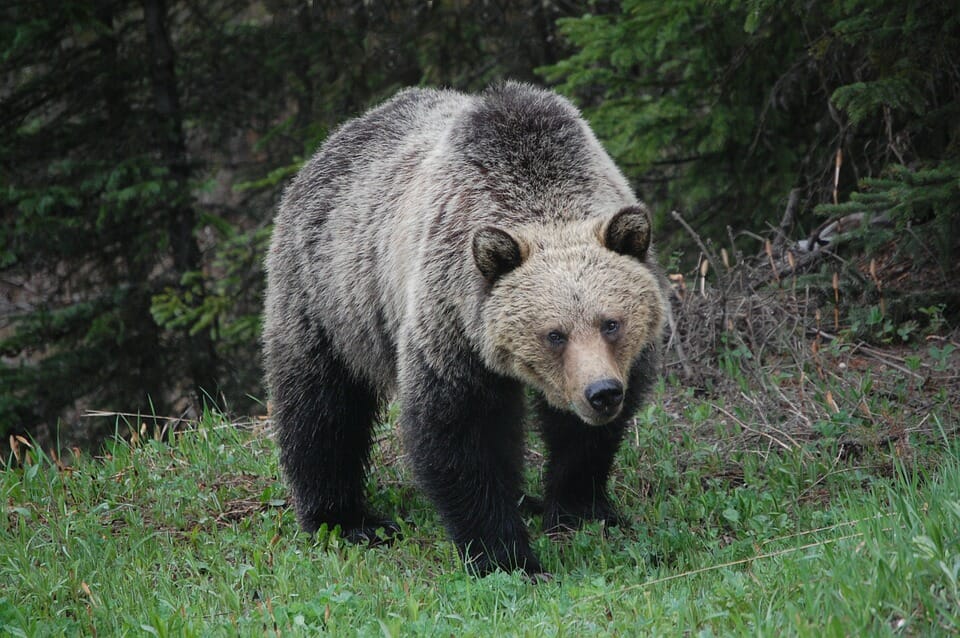 Once again, the future of Yellowstone’s grizzly bears is under threat after Federal attorneys filed an appeal to overturn part of last year’s ruling, which reinstated the species’ protection under the Endangered Species Act.

The appeal, filed with the 9th U.S. Circuit of Appeals, questions some aspects of the judge’s decision last September and argues that the US Fish and Wildlife Service (USFWS) “should not have to conduct a comprehensive review of the entire listed species,” and that “the district court’s order goes beyond the appropriate remedy.”

The Act has protected grizzlies since 1975 after numbers dropped to 136 individuals. There are now an estimated 1,700-1,800 bears left in the lower 48 states, and around 700 of these live in and around the Yellowstone National Park.

In August 2017, the USFWS removed protections for this population, meaning the management of these animals would be handed over to Idaho, Montana and Wyoming, and trophy hunters would be allowed to murder 23 bears around Yellowstone.

A number of organizations went to court to ask for this decision to be reversed. Thankfully, they were successful, and before hunters had a chance to slaughter any more of these majestic animals, the protections were restored.

According to the Western Environmental Law Center, grizzlies in Yellowstone are still at risk, despite claims by the USFWS that populations are fully recovered. The Center cites “dwindling food sources, climate change, small population size, isolation, habitat loss and fragmentation, and high levels of human-caused mortality” as critical issues facing these beautiful bears.

The USFWS says that grizzlies no longer require this kind of intensive protection and claims that increasing human-animal conflict needs to be managed by controlling bear populations through hunting.

But bear supporters will not give up easily.

“[This latest appeal is a] waste of more time and money trying to defend the illegal decision to pull Yellowstone’s grizzly bears off the endangered species list,” said Andrea Santasiere, attorney for the Center for Biological Diversity. “These bears still need federal protection and we’ll fight to defend the lower court’s decision.”