The Right Kind of Roundup: 4 Hopeful Horse Developments You Won’t Want To Miss 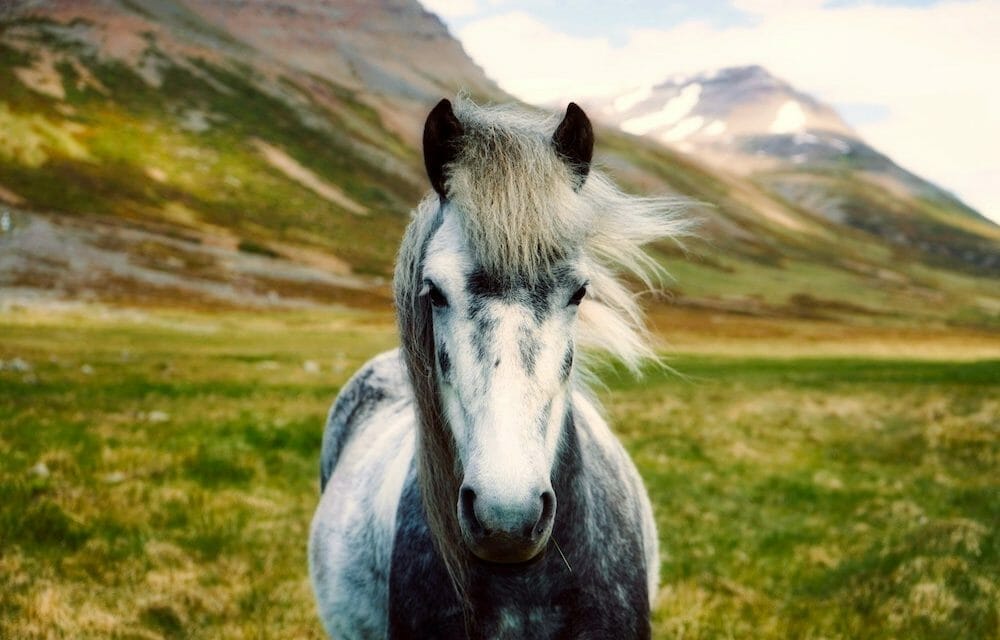 Wild horses in danger of deceptive practices that lead to slaughter, perilous transport across borders, and possibly deadly surgical sterilizations might soon have a brighter future, given several recent legislative moves.

Here’s a roundup of some of the most important recent developments and what you can do to be a voice for wild horse protections:

The Bureau of Land Management (BLM), the federal agency that oversees management of wild horses and burros, has continued to pitch surgical sterilizations as an overpopulation solution, despite studies that show the procedures are dangerous and possibly deadly.

But now, the House Appropriations Committee — in an effort spearheaded by Reps. Steve Cohen (D-TN), Dina Titus (D-NV), and David Pocan (D-WI) and supported by more than 40 other legislators — has set aside $11 million for the BLM to explore safer options, including reversible fertility control and relocating horses to less populated herd management areas.

Those alternatives would allow wild horses to remain wild, rather than spending their entire lives in holding facilities.

“We’re deeply grateful to U.S. Representatives Pocan, Cohen, Titus, and others for providing necessary leadership to place the BLM on a more sustainable and fiscally responsible path for the humane management of our Western herds,” Brice said.

3. The federal adoption program sending wild horses to slaughter is under review.

The House Appropriations committee also called for a review of the Adoption Incentive Program, a federal program of the Bureau of Land Management (BLM) that pays $1,000 to wild horse adopters who promise not to send the animals to slaughter.

The demand for the program’s review, via a Department of Interior task force, comes on the heels of a New York Times exposé, which disclosed that multiple adopters have been selling the iconic animals to slaughterhouses or intermediaries for further profit — in direct breach of the provisions they signed.

The report also revealed that the BLM’s existing program will permit those same adopters to adopt again.

In late June, the BLM announced that the agency is working to determine in which instances, if any, adopters sold the animals to slaughter.

Nada Culver, the BLM’s deputy director of policy and programs, said during an online National Wild Horse and Burro Advisory Board hearing that the agency is aware of public concerns and is attempting to put extra measures in place to benefit adopted animals, without any additional details about those measures.

“I wanted to tell you all that the BLM takes these allegations, and any allegations of violations of the law and regulations governing the placement of federally protected wild horses and burros into private care, very seriously,” she said.

Make sure to sign our petition calling for an end to the slaughter of wild horses by these adopters, if you haven’t already!

Nineteen horses died after a collision overturned a double-decker trailer, carrying 59 Belgian draft horses, in Wadsworth, Ill. Survivors suffered bruises, cuts, swollen eyes — even severed arteries. A spokesperson for the U.S. Department of Agriculture (USDA) said at the time that while the federal agency has strict rules for horses bound for slaughter, states can set their own regulations for “humane” transport.

The accident was one of many that catalyzed HR 921, also known as the Horse Transportation Safety Act, which if passed would ban two-or-more-level transport vehicles for transporting horses nationwide.

Besides being top-heavy and prone to tipping, typical double decker trailers also don’t have ceilings high enough to allow horses to stand comfortably or fully extend their heads or necks — making for distressing conditions for their often long interstate journeys.

The bill — sponsored by Reps. Steve Cohen (D-TN), Dina Titus (D-NV) and Brian Fitzpatrick (R-PA) — passed through the House with a 221-201 vote as part of the INVEST in America Act (HR 3684), a $715 billion package that will set federal transport policies for the next five years.

“Although a few states have already banned the practice, we commend the House for recognizing that a federal prohibition is essential to protect both horses and motorists,” Grossman said.

The bill’s sponsors — and the 122 co-sponsors to date — also underscored menaces to motorists in advocating for the bill.

“Accidents involving double-deck trailers are an unnecessary and cruel reminder that the practice is also potentially dangerous to all on the roadways,” Cohen said. “Horses deserve to be transported in as humane a manner as possible on our highways.”

The bill will now wend its way to the Senate. You can help out wild horses by contacting your representatives and voicing your support for this life-saving legislation.

1. The Carter-Fitzpatrick amendment could end the slaughter of American horses for human consumption.

Although Congress banned the slaughter of horses for human food in the United States in 2007, thousands of American horses have continued to meet bloody deaths when shipped to slaughterhouses in Canada and Mexico.

An amendment to the Horse Transportation Safety Act, as approved by the House, prohibits shipping horses across state lines for slaughter — and so could end human consumption of American horses, according to the Animal Welfare Institute (AWI).

“This is a historic moment for the protection of America’s horses and hopefully a harbinger of the end of the predatory horse slaughter industry in the United States,” said Cathy Liss, AWI’s president. “Congress now has a prime opportunity to expressly prohibit the movement of horses to slaughter, safeguarding horse welfare and public health.”

AWI reported that 35,000 American horses were slaughtered last year alone — down from a stunning 166,000 wild horses less than a decade ago. Other problems with current practices include rescue groups trying to save horses’ lives at auction who are outbid by “kill” buyers and horses being stolen and sold to slaughter for personal profit, AWI said.

A coalition including AWI, the ASPCA, Humane Society of the United States, and Return to Freedom Wild Horse Conservation worked with the House Transportation and Infrastructure Committee to strengthen the amendment’s language, to bipartisan support.

The amendment is named after Rep. Troy Carter (D-LA), who, with Brian Fitzpatrick (R-PA), championed the amendment.

“Horses aren’t bred for food,” Carter said. “Americans don’t want them bought under false pretenses, forced into overcrowded trailers, tormented on a thousand-mile journey, and then prodded to slaughterhouses.”

Congress has a Sept. 30 reauthorization deadline. Make sure to let your legislators know about your support for this important amendment that will save innocent American horses from slaughter overseas.

And remember to sign our petition calling for an end to horse slaughter if you haven’t already!