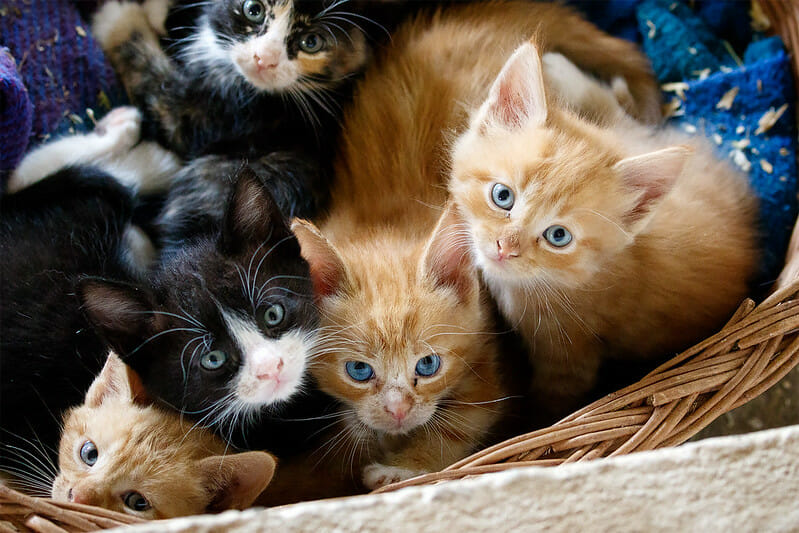 As kitten season gets into full swing along with spring, an abundantly kind woman has taken in 30 kittens rescued from a hoarding situation — and her kind act has gone viral on TikTok.

After posting a video showing the cute young cats curled up in beds, boxes and on cushions, @felinefosteradventure was flooded with hundreds of thousands of views, tens of thousands of comments, and heaps of praise for her heartwarming act.

In another video, the cat rescuer pleaded with viewers to spay or neuter their felines.

“People don’t realize how fast cat colonies can grow,” the post said. “We saved these littles all from one house where an unneutered male stray was let inside with unspayed females.”

Cats breed in spring, usually between March and October, Newsweek reported — and that’s when shelters get flooded with unwanted or feral kittens who may face euthanasia due to the sheer number of animal intakes.

In Los Angeles, 90 percent of kittens entering shelters come in during kitten season. Similarly, 84 percent of kittens taken in by rescues in New York City are received during the kitten season months. Nationally, kittens make up a large part of the nearly 3.2 million cats entering shelters each year, of whom about 860,000 sadly are euthanized, according to the American Society for the Prevention of Cruelty to Animals (ASPCA).

“Foster families save lives by freeing up space in your shelter, socializing animals, assisting with preventing disease transmission in the shelter and within foster pets,” the ASPCA advised.

The cat foster heroine turned TikTok star also shows how fun fostering can be, so long as foster parents have the resources and patience to handle the kitten behavior that comes with the package and care for the animals’ needs.

As one commenter aptly wrote about all that feline cuteness: “This is what my version of heaven looks like.”