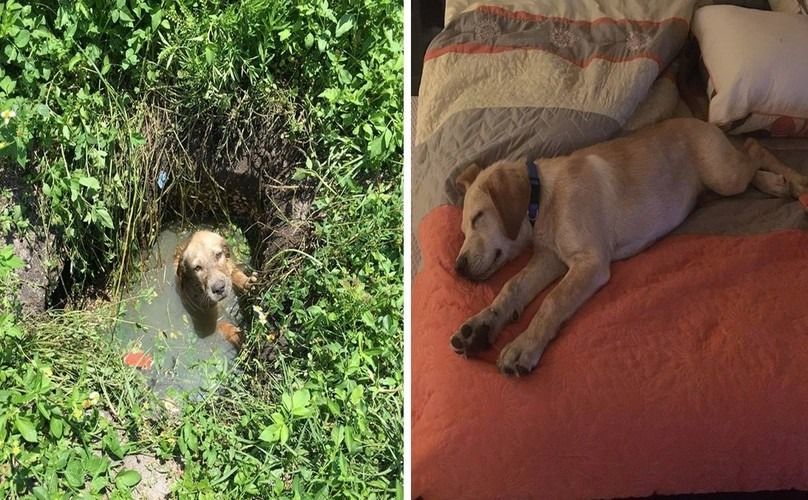 A deputy of St. Lucie County Sheriff’s Office in Fort Pierce, Florida went out on a routine call and came home with a new family member.

Out serving civil processing paperwork, the officer and his partner heard a dog whimpering close by, but couldn’t see the animal. They scoured a nearby empty lot, and found a puppy trapped in a septic drain, frightened and exhausted from his attempts to climb his way out.

The puppy had no collar, so the officers looked around for a possible owner but did not find anyone who recognized him. Then they took him to the vet to check for a microchip, but none could be found. So they took him along.

Needless to say, the puppy needed a few baths after his unpleasant dip. He was appropriately named “Puddles,” and taken home by the deputy, whom the sheriff’s office has not named.

Hats off to the kind deputies for saving Puddles’ life and giving him the home he deserves. Puddles looks quite comfortable in his new digs.