Home » Animals » This Synthetic Cadaver Could Save Thousands of Dogs from Dying in Surgery TrainingBy Lady Freethinker | June 2, 2016 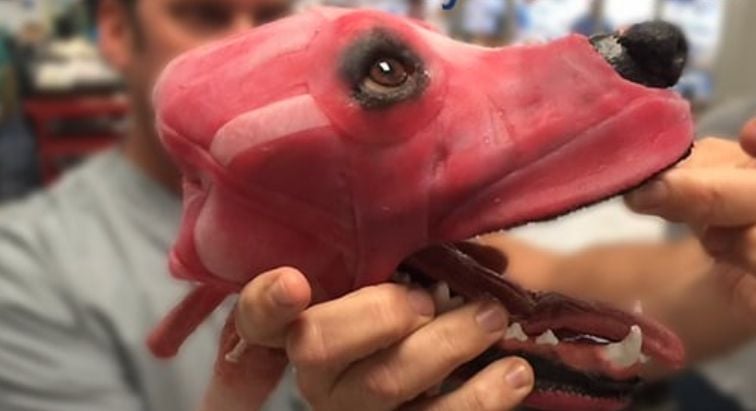 Every year, thousands of dogs are taken from animal shelters around the world and used for surgical practice by veterinary medicine schools. Many of these dogs are still alive as the students perform surgery on them in “terminal labs;” when practice is over, the dogs are euthanized.

Enter SynDaver Labs, which has revealed a synthetic cadaver dog that could put an end to these “terminal surgeries.” Their artificial canine comes complete with organs and a circulatory system. Their hearts beat, and they bleed when you cut them.

The mock dogs were created at the request of the University of Florida Medical School, which has been turning away from terminal surgery in favor of practicing on cadaver dogs, which are euthanized before students get their hands on them.

But these “provide a poor learning experience relative to live tissue,” SynDaver CEO and Founder Dr. Christopher Sakezles told Lady Freethinker. “SynDaver products on the other hand are unique in their ability to replicate the properties of live tissue…The model can currently provide a highly realistic experience for about 35 discrete medical procedures, but we hope to get this up to 60 by the end of the year.”

Asked how many dogs a cadaver could save, Sakezles replied, “Since it will last forever, a single SynDaver could conceivably save 1000s of animals over its useful lifetime.”

Will veterinary schools accept this synthetic model? Sakezles thinks so, citing an “overwhelmingly positive response from every veterinarian the model has ever been exposed to.”

Still, the cadaver’s success could rely more on funding than on enthusiasm from vets. Last year, Sakezles made a deal with Shark Tank investor Robert Herjavec on an episode of the show. But Herjavec pulled out, and now SynDaver is running a crowdfunding campaign with a lofty goal of raising $24 million. Will it succeed? Thousands of shelter dogs may be depending on it.