S. India’s Common Bonnet Monkey Is About to Become Endangered 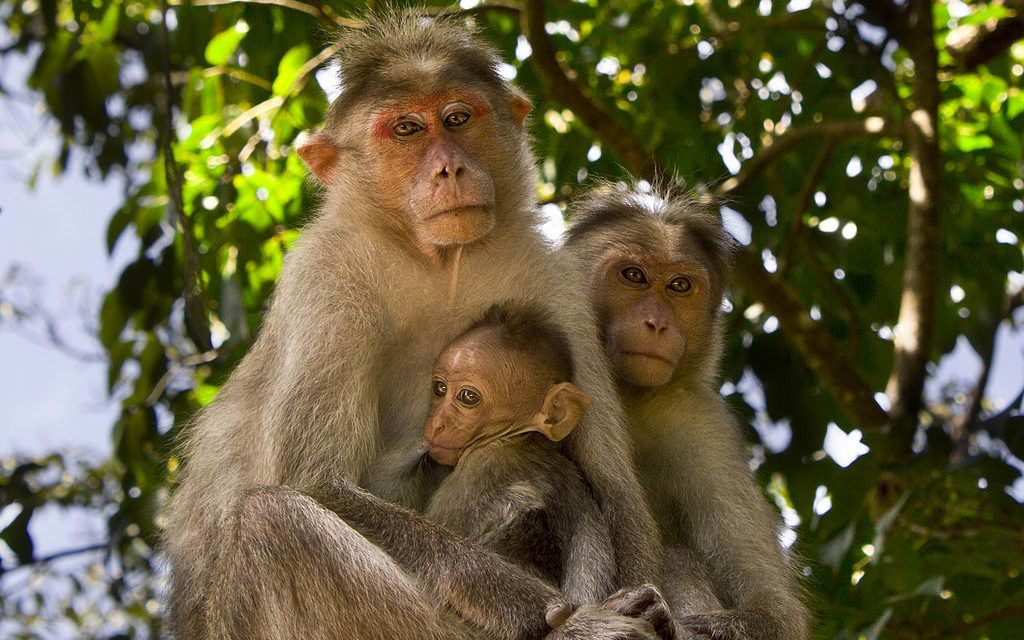 A new study shows that the common bonnet monkey of South India may soon be endangered due to severe habitat loss and fragmentation.

The study reports that an invasion of the imperious rhesus monkey in the distributional range of the bonnet monkey is shrinking bonnet monkey numbers in eastern Maharashtra, northern parts of Karnataka and western Telangana.

In addition to the encroaching rhesus monkey population, disappearance of natural vegetation due to human activity has also contributed to bonnet monkey decline.

These monkeys are social creatures and happily co-exist alongside humans in urban areas such as “temples, tourist spots and roadsides,” according to Prof. Singh from the University of Mysore.

However, in recent decades, many banyan trees surrounding temples and roadsides have been replaced by man-made structures and infertile land, leaving the species deprived of shelter and food.

Due to the extensive evisceration of banyan trees, an estimated 50 percent of the bonnet monkey population has vanished, according to Mewa Singh of the University of Mysore and H.N. Kumara of Salim Ali Centre for Ornithology and Natural History, Coimbatore.

“In the last 25 years, the population of bonnet monkeys around these roads has declined by between 50 and 65 percent from 2003 to 2015, alone. In other words, these monkeys are disappearing from most of their traditional habitats,” Prof. Singh said.

Habitational loss is one of the most invasive and harmful factors of species decline, disruptive not only to individual species but also to the entire ecosystem.

Luckily, in places where natural vegetation has survived urbanization, the bonnet monkey population has remained stable for the past 25 years. Such areas are prime examples of successful cohabitation between animals and humans. By keeping natural habitat preservation top of mind, we can hope to save these special creatures and other endangered species.