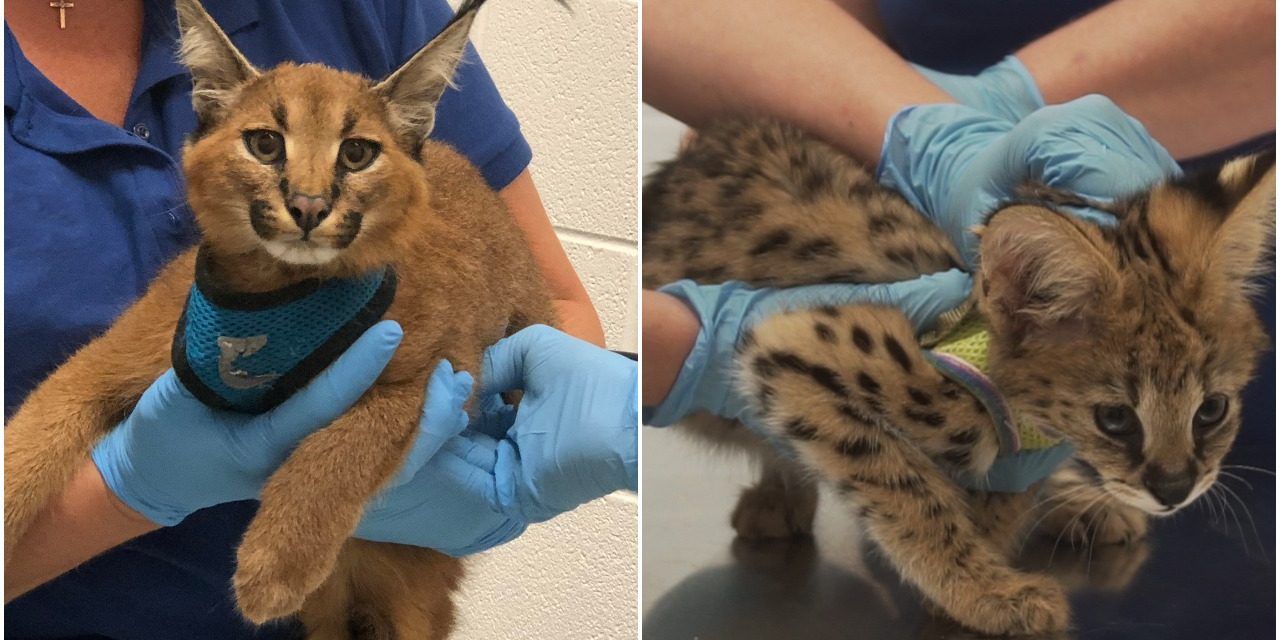 Four servals and two caracals, aged between 2-6 months old, were seized from a Buffalo apartment by New York Department of Environmental Conservation (DEC) officials with the support of World Animal Protection (WAP) earlier this month. During the seizure, a three-year-old savannah — a hybrid between an exotic and domestic cat — was also confiscated.

All the exotic kittens were suffering from malnutrition and one of the male servals was in such bad shape that he needed emergency fluids to save his life. The older savannah cat had been declawed – a cruel practice that can cause long-term physical problems. The individual keeping these traumatized kittens was allegedly planning to sell them on the illegal wildlife trafficking market.

All of the cats are now at two sanctuaries in the United States, where they will stay for the rest of their lives.

“World Animal Protection was glad we could do this emergency rescue to bring attention to the plight of exotic pets and their mistreatment in the U.S,” said Alesia Soltanpanah, executive director of  World Animal Protection U.S. “These cats were suffering from severe malnutrition and near death due to the ignorance of the person that was holding them, allegedly intending to profit from their sale.”

The rescue operation was meticulously planned, with WAP providing veterinary care and assisting officials to find placement for the animals in quality sanctuaries – Turpentine Creek Wildlife Refuge in Arkansas and Safe Haven Wildlife Sanctuary in Nevada.

Servals are a small cat native to Africa that lead a solitary life, hunting mostly in the evening or early morning. The caracal is a medium-sized wild cat found in Africa, the Middle East, Central Asia and India.

“These young wild cats are prolific hunters and can jump up to 20 feet in the air. Removing them from their natural environment and subjecting them to a life as a domestic pet is cruel and dangerous. Their size and natural instincts create a hazardous situation for those who encounter them, especially small animals and children,” said Soltanpanah.

Although the possession or sale of exotic animals is illegal in New York, in some US states it is sadly still legal. The trade in exotic animals for pets alone is a major industry, with millions of animals poached every year.

“World Animal Protection believes that wild animals belong in the wild as this is the only place they can lead full lives free from the deprivation and suffering inherent with captivity as a pet,” said WAP in a press release. “A life as an exotic pet limits a wild animal’s natural behavior and places both their physiological and psychological well-being at risk. They are often deprived of adequate shelter, food, room to roam and proper regulation of their body temperature.”