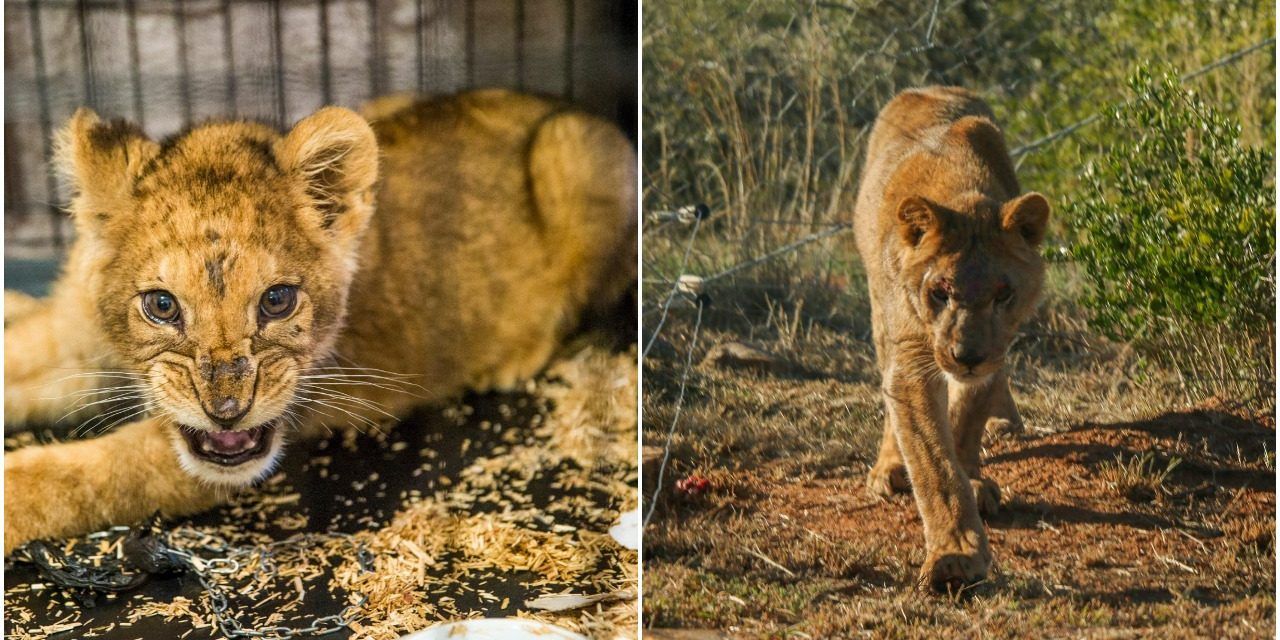 A lion cub rescued from a life of abuse and confinement in a Paris apartment last October stepped foot onto grass for the first time in his life this week. After months of preparation and fundraising, Born Free released “King” into his spacious new home at Shamwari Game Reserve, Eastern Cape, South Africa.

King was only a cub when shocking pictures began to circulate on social media in France, showing the terrified youngster kicked and beaten by his 24-year-old “owner.” French animal rescue organizations Foundation 30 Million d’Amis and Refuge de l’Arche managed to track the lion down just in time – when they arrived, the apartment had been abandoned. King was alone, starving and terrified, confined to a tiny, dirty cage.

“So many people responded to our appeal to bring young King to Shamwari, and now he has arrived,” said Virginia McKenna OBE, Born Free’s Co-Founder and Trustee. “Thanks to everyone whose hearts were touched by his story, he now takes his first steps on African soil, and can begin his happy new life.”

The team at Shamwari reported that when first released into his new enclosure, King was extremely brave, leaping out of his travel crate and exploring his new environment with ease.

Shamwari is permanent home to 16 other lions and leopards, who were saved from various horrific captive situations throughout the world. Like King, because they had a completely unnatural upbringing and life prior to rescue, they can never be released into the wild, lacking the natural skills and experience to survive.

“King was an innocent victim in the exotic pet trade, a sad reality for many wild animals,” stated the Shamwari website. “However, today was a joyous day as we got to see King’s incredibly heart-warming release into his forever home here at Shamwari’s northern Big Cat Sanctuary.” 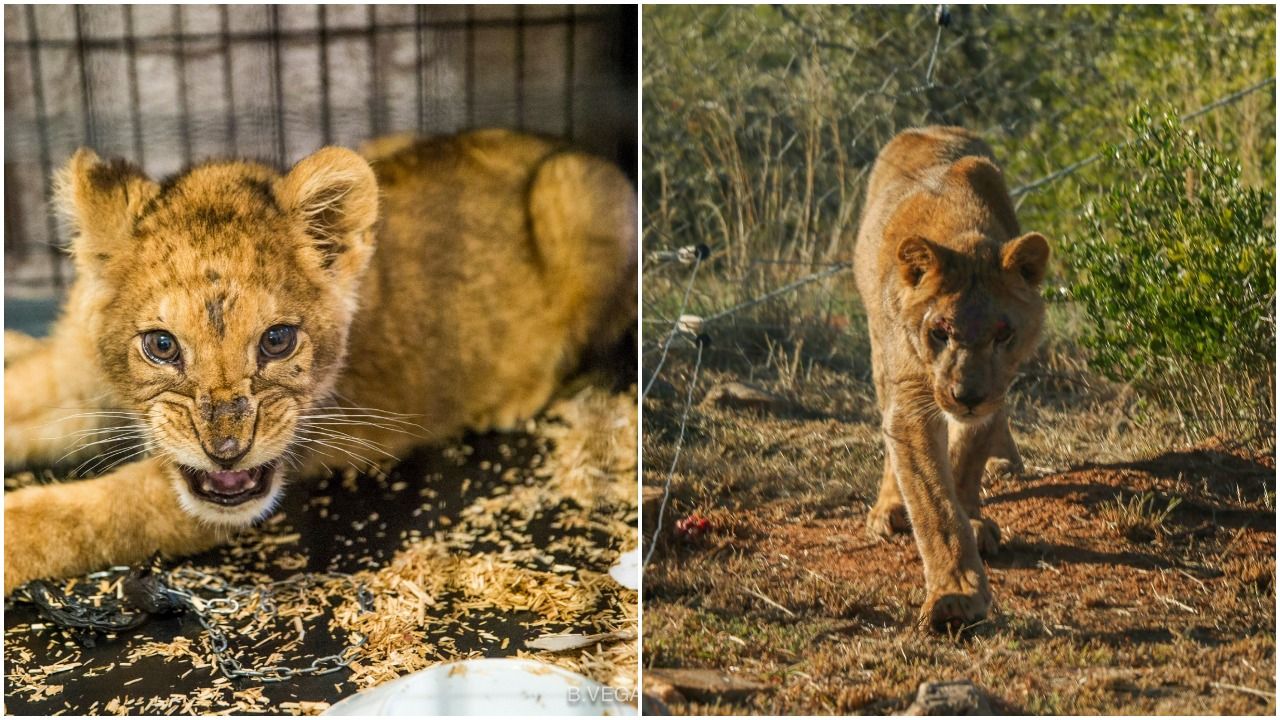