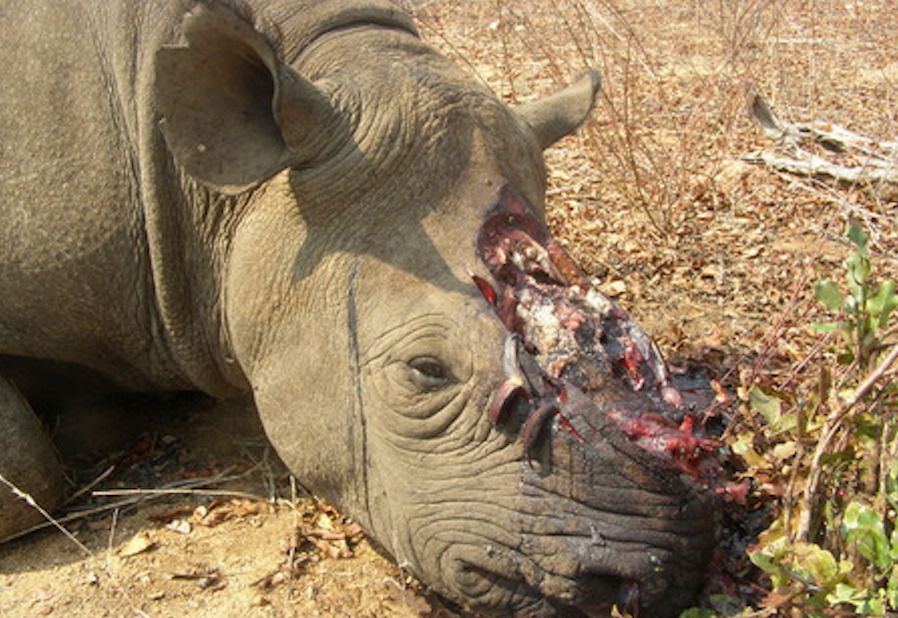 The African Wildlife Foundation (AWF) has released a shocking report showing that rhino poaching in Africa increased by 9,000 percent in the seven year period between 2007 and 2014 — from 13 animals slaughtered in 2007, to a massive 1,215 in 2014. In the last nine years combined, over 6,100 rhinos have been slaughtered.

In particular, the research focuses on South Africa, which has the largest remaining population of rhinos in the world. The majority of the illegal poaching occurs in the famous Kruger National Park, over nearly 19,500 km2 of protected land. This area has now received increased funding and resources in an effort to save its important population of rhinos.

In spite of the dramatic increase over previous years, there has been a slight decrease in poaching over the last two years, showing the increased efforts are paying off. But in contrast to this, there has been an increase in these activities outside of this protected area, with poachers targeting areas that have less protection, such as KwaZulu-Natal.

Bonne de Bod, a filmmaker documenting the poaching industry, says, “If we exclude Kruger’s dramatic decrease this year it tells us another story, which is we have had a huge increase in rhino poaching nationally, up by over 50%.”

Although the poaching of elephants in recent years has made global headlines, rhinos receive less attention as well as less legal protection. This is in spite of the fact that data from AWF shows that three rhinos are poached for every elephant. Add to that the fact that there are only around 30,000 rhinos left in the world, compared to 475,000 to 740,000 elephants, and it is clear that rhinos are in trouble.

Rhino horn is highly valued for its medicinal values, particularly in China and Vietnam.

In spite of the grim figures, many organisations are fighting hard to save rhinos throughout the world. Save the Rhino is one of these, working with groups worldwide to protect these precious animals.