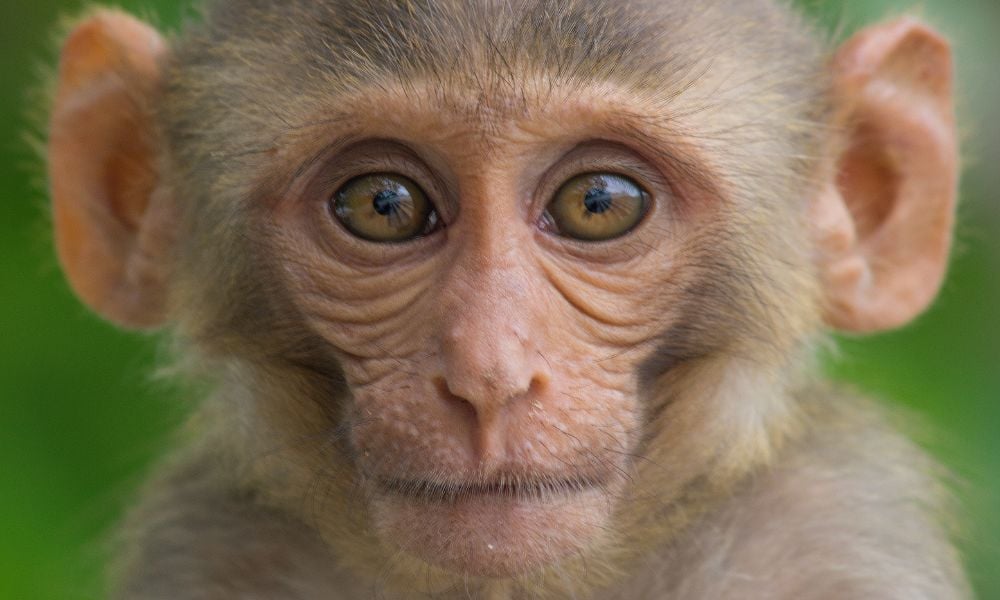 This petition is a joint campaign by Action for Primates and Lady Freethinker.

Endangered macaques are reportedly being torn from their wild homes in Cambodia and trafficked to laboratories around the world to be tormented in cruel and pointless experiments.

U.S. federal agents recently charged eight people, including Cambodian government officials, for allegedly catching the endangered animals from the wild and smuggling them to laboratories across the world – including ones in the United States, by falsely declaring them as captive-bred.

A reported 3,000 wild macaques were captured from their forest homes, according to news reports.

The exploitation of these curious, intelligent beings, including their trade for research and testing, together with ongoing habitat destruction, are decimating wild populations and led  the International Union for Conservation of Nature (IUCN) to declare the long-tailed macaque as endangered earlier this year.

As long as vulnerable and sentient macaques are torn from their families and shipped across the world for cruel experiments, they will continue to suffer and die painfully, even as they face extinction in the wild.

We must demand that these cruel captures and shipments end NOW.

Please join Lady Freethinker and Action for Primates in demanding change. Sign our petition urging the USFWS and USDA to help save lives by stopping the importation of monkeys from Cambodia for cruel experiments!