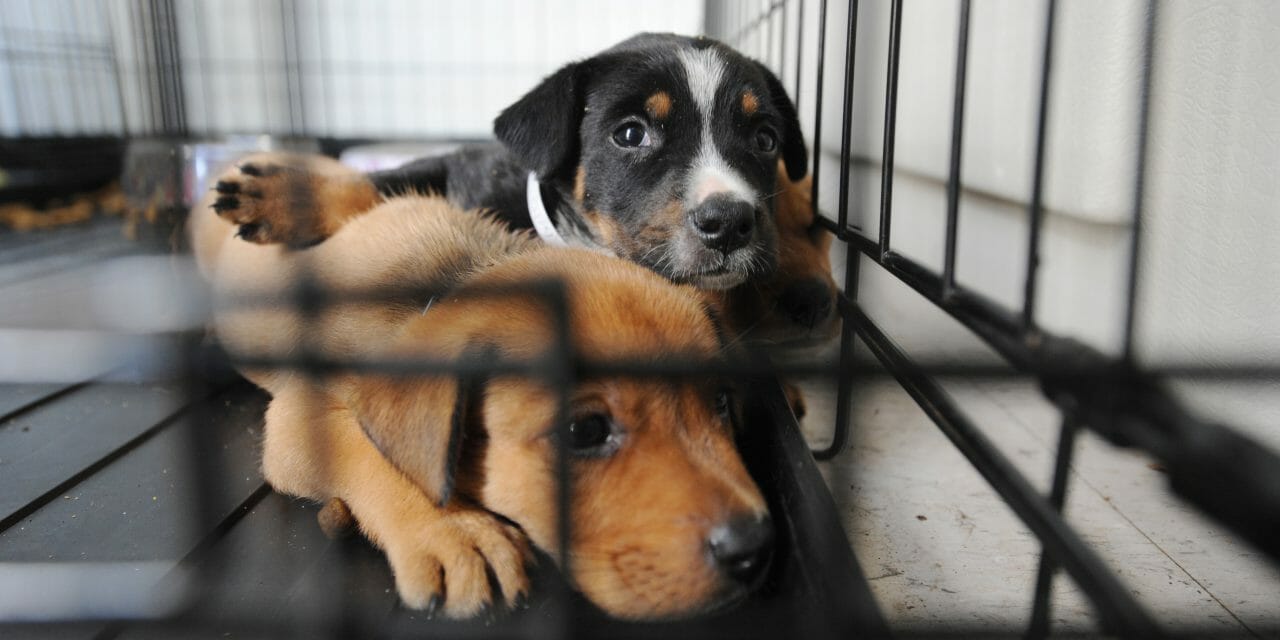 UPDATE (1/12/2022): The City Council in April 2021 passed an amendment to Chicago’s existing ordinance that will require pet stores who exhibit dogs, cats, and rabbits from rescue organizations to adopt them out for a “nominal” adoption fee. The amendment also requires pet stores to not have any financial interest in the rescue organizations, and for the rescue organizations to have no affiliation with for-profit or commercial breeders. The amended proposal, will a step forward, will unfortunately allow backyard breeding and non-commercial breeding to continue within city limits, according to the Chicago Sun Times. —Lady Freethinker Staff

In Chicago, designer and purebred puppies are being passed off as “rescues” to unsuspecting families, according to the Chicago Tribune. These dogs often come from puppy mills, where they suffer hell-like conditions, living in urine-soaked cages and enduring blistering-hot temperatures in the summer and freezing cold temperatures in the winter. Mother dogs are overbred until their bodies are “spent,” and the babies grow up sick and injured, often lacking basic veterinary care.

Despite a city-wide ban on selling dogs from puppy mills, multiple Chicago pet stores have allegedly obtained designer and purebred dogs from fraudulent “rescues.” These dogs are laundered from commercial breeders and sold for thousands of dollars each. For example, one goldendoodle “rescued” from Iowa sold for $3,600, records show.

The revamped law must pass in order to save these innocent dogs from the abusive and corrupt puppy mill industry. Sign this petition urging Chicago Mayor Lori E. Lightfoot to support the proposed legislation changes to ensure puppies are not abused for profit in Chicago’s pet stores.