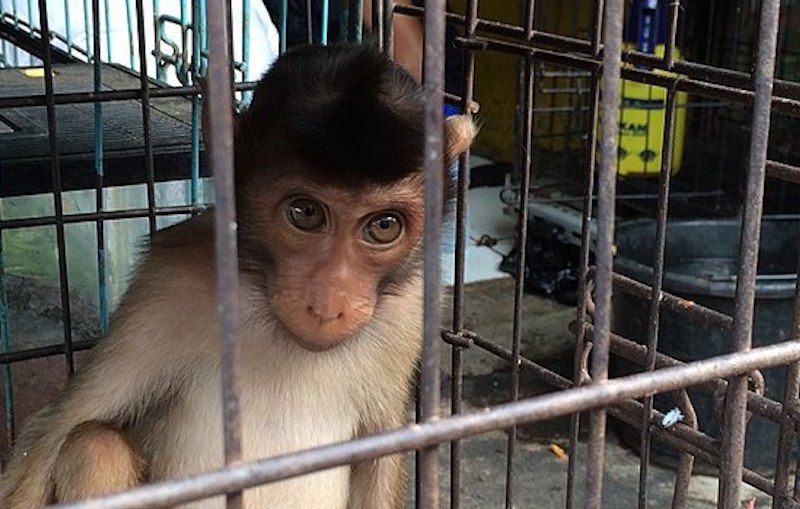 In Morocco, highly-endangered Barbary macaques are kidnapped from the wild as babies and cruelly held captive as props for tourist photographs.

The animals are kept in small cages, thrown around carelessly, denied water in painfully hot weather, and kept on short chains that entangle and injure them.

When they reach adulthood, they become unmanageable and are dumped back into the wild with no understanding of how to survive on their own. They suffer slowly and inevitably die.

It’s illegal to sell or own these threatened monkeys, but authorities are lax when it comes to enforcing the ban. The fine for violating the law amounts to a mere $99 USD. Even more disturbingly, it’s virtually unheard of for a handler to be arrested.

One ‘entertainer’ explained how his monkeys could be effortlessly replaced if they were confiscated: “It is easy to buy these monkeys around here if you know the right people.”

It’s imperative that action is taken to preserve this heavily-threatened species before it becomes extinct. Sign this petition urging the Moroccan Ambassador to the U.S. to do everything in her power to call to end the cruel use of macaques for tourist photos in the country.