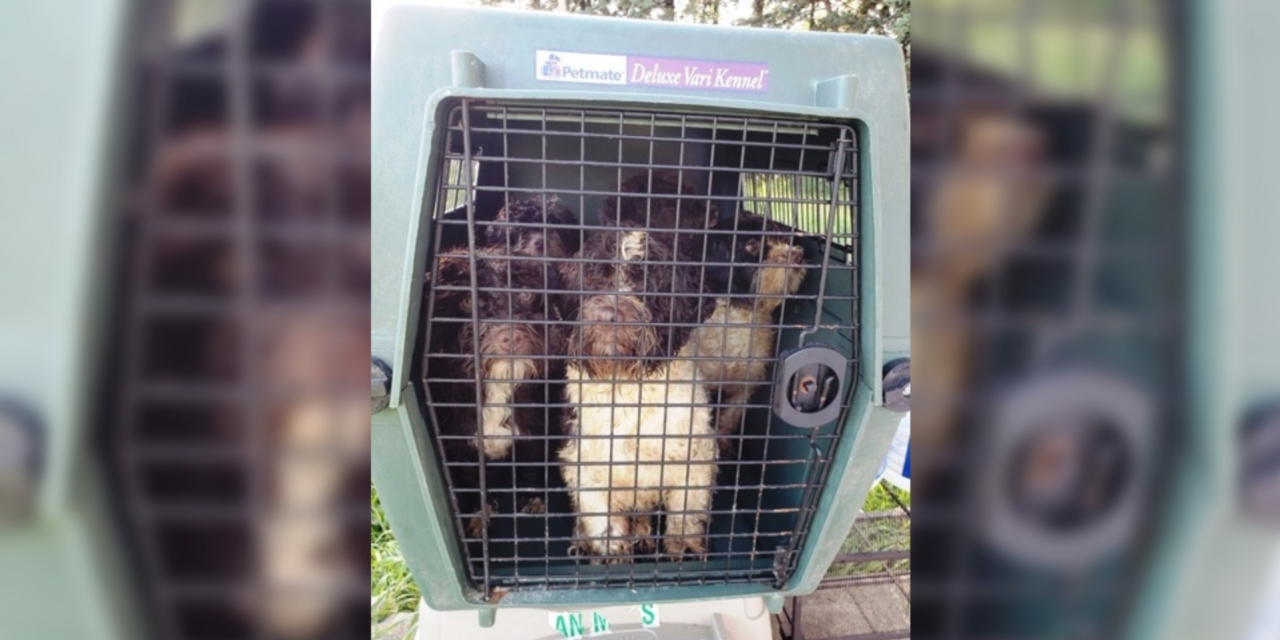 UPDATE (2/22/2022): Gloria Sears pleaded guilty to animal neglect and was fined $2,000, given one year probation, prohibited from owning dogs for 10 years. She has since moved to Canada. The dogs in this horrific situation have recovered, according to CTV News. While we are glad that Sears faced penalties, we are disappointed the ban was not lifelong. We thank everyone who spoke up for these innocent animals.  —Lady Freethinker Staff

Police in Alberta, Canada, discovered a heartbreaking scene at a rural property in Edmonton on July 28. Responding to reports of serious neglect, the officers found 72 dogs — some as young as two weeks old— held in a house reeking of urine and feces. Many were stuffed inside closets and beneath a hatch in the floor.

The property owner, 57-year-old Gloria Sears, allegedly advertised the dogs for sale on buy-and-sell website Kijiji. Potential buyers visiting the property were shocked by the animals’ condition and alerted authorities.

All the dogs were removed from the alleged puppy mill and are receiving veterinary care. They are lucky to be alive after enduring such deplorable conditions.

The degree of punishment ranges from monetary penalties to the prohibition of future animal ownership for a certain period of time. Since the final decision is attributed largely to the prosecution’s argument, we strongly urge Chief Crown Prosecutor Bykewich to advocate for a lifetime ban to keep Sears from ever having an animal again.

No more dogs should suffer for profit at the hands of this alleged puppy dealer.

Sign the petition urging Prosecutor Bykewich to push for a lifetime ban to keep Sears from reoffending and harming innocent animals in the future.

Investigators are interested in speaking to any other people who might have visited the dogs at the property in northeast Edmonton, near 247 Avenue and 18 Street. Information should be directed to the EPS at 780-423-4567 or #377 from a mobile phone. Anonymous information can also be submitted to Crime Stoppers at 1-800-222-8477 or online at www.tipsubmit.com/start.htm.