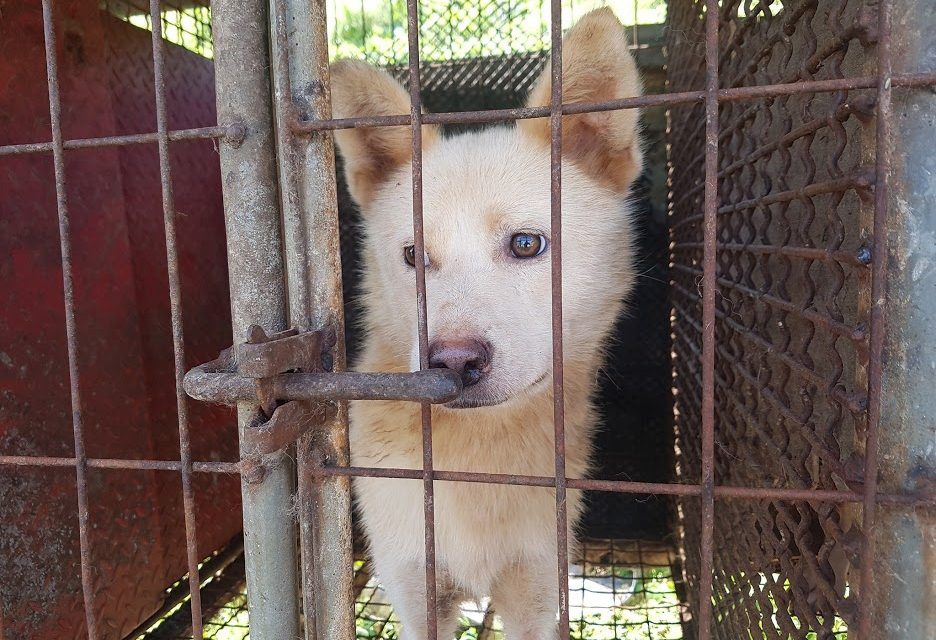 UPDATE (5/3/2022): There has not been a complete ban put in place in Gimpo. However, many officials have suggested their support and plan to implement some sort of ban in the future. South Korea’s President Moon Jae-in raised the possibility of a complete ban in the country, noting there is already a law in place banning the cruel slaughter of dogs and cats for consumption, but consumption itself is not banned, according to BBC News. He stated there “might be a need to prohibit dog meat consumption amid debate over the controversial practice and growing awareness of animal rights”. Dog meat is eaten mainly by older people and sold in specific markets, but around 78% of respondents believed the production and sale of dog and cat meat should be prohibited.

If you haven’t please sign our new petition urging an end to all consumption of dog meat in S. Korea. —Lady Freethinker Staff

In Gimpo, a city in the Gyeonggi Province of South Korea, something horrifying is happening.

Dogs are being born and bred for slaughter at illegal dog meat farms. The innocent animals are forced into cramped steel cages covered in feces. Food and water are scarce. These dogs are robbed at a chance at a normal life and doomed to a terrifying end.

There is a misguided belief that a tortured dog tastes better, because of the adrenaline running through their veins. The dog butchers hang them, set them on fire, or boil them alive all in the pursuit of a better bite. In some cases — other dogs look on in horror and watch their cage companions die.

An estimated 1 million dogs are slaughtered like this and eaten every year.

In South Korea, laws in place are supposed to stop the selling of dogs and cats for human consumption. However, these regulations are rarely followed, and often blatantly ignored.

Lady Freethinker — in collaboration with Save Korean Dogs — is now running bus ads in the city of Gimpo, sending the message to tens of thousands of people that dogs are family, not food.

No dog deserves to die to become someone’s dinner.

Sign this petition to urge Ha-young Jung, mayor of Gimpo, South Korea, to shut down all dog meat farms in the city, stop the slaughter of dogs and cats, and end this barbaric trade for good. 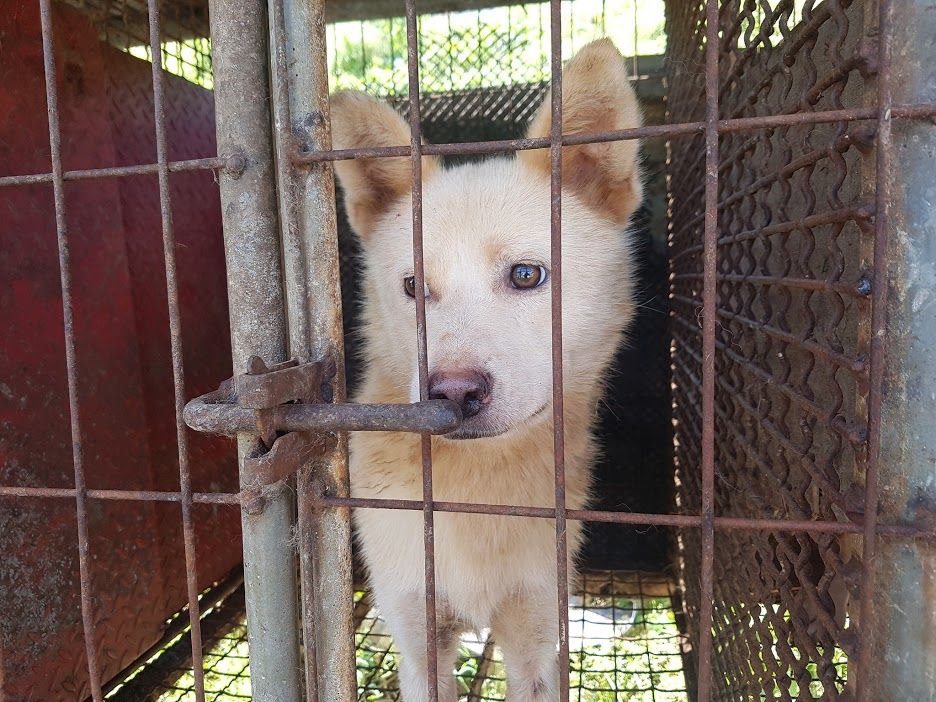