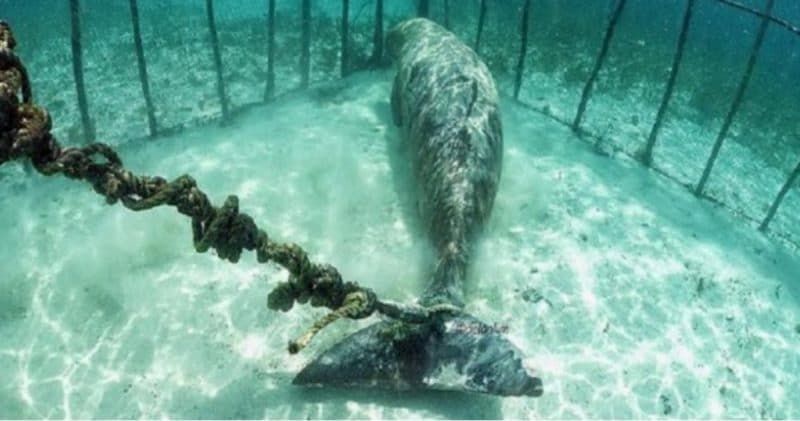 Over 100 whales are illegally confined in appalling conditions in the waters off Russia’s Pacific Coast, in what the local media has appropriately nicknamed a “whale prison.”

Kept in cramped, tiny cages, some of the whales have been unscrupulously sold to Chinese aquariums, in direct violation of an international ban on commercial whale hunting that restricts the sale of these intelligent marine mammals.

In early November, a disturbing video appeared online, showing one of these whales being torturously hoisted by a crane in preparation for transport to an unspecified destination.

Between 2013 and 2016, 13 Orcas were reportedly exported to China by unnamed companies, who sold their helpless victims for as much as $6 million each — quite possibly profiting from China’s booming marine park industry.

Even more disturbingly, evidence shows that some of these cruel cages contain infants, which is illegal under all circumstances.

Russia is believed to be the only country in the world that exports wild Orcas, and if nothing is done to stop this, the rate at which they’re being caught and killed will ultimately lead to the species’ demise.

Until recently, the cruel imprisonment of these endangered whales was shrouded in mystery and deceit. It is imperative to race against the clock to ensure the survival of what’s left of these already-threatened species.

Sign this petition urging the Russian Ambassador to the U.S., Sergey Kislyak, to do everything in his power to shut down the whale prison and halt all whale trading out of Russia’s waters.