SIGN: Save China’s Dogs And Cats from Brutal Killing in Sickness Scare 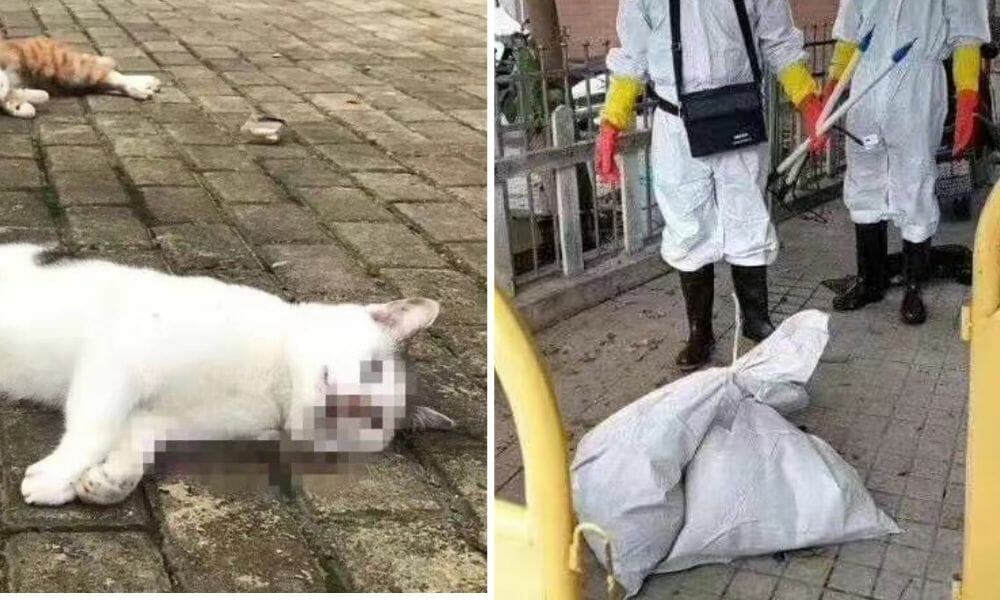 Heartbreaking images of lifeless, bloodied animal corpses are surfacing on Chinese social media, as innocent cats and dogs are murdered in the misguided belief that these animals can carry the deadly coronavirus.

Five cats plummeted to their deaths after being hurled from an apartment building in Shanghai to the pavement below. Citizens in Tianjin City awoke in the middle of the night to the sound of a helpless puppy smashing into a car’s sunroof. The dog’s blood poured into the street after his terrifying, fatal plunge.

The horrifying massacres began after a local news anchor falsely said that cats and dogs can spread coronavirus, following Dr. Li Lanjuan’s statement on Chinese state TV that pets should be quarantined with suspected patients. There’s no evidence that these animals can contract the novel coronavirus.

Officials are allegedly doing nothing to stop the brutality, a letter Lady Freethinker obtained from local animal advocates in China indicates, even exterminating strays in some areas. The letter calls on the government to stop participating in the appalling victimization of these creatures and to instruct citizens to not kill or abandon animals.

Chinese leaders must stop turning a blind eye to this needless slaughter. Sign this petition urging the Chinese Ambassador to the U.S. Cui Tiankai to push the government to educate all citizens and municipalities that dogs and cats are not linked to coronavirus, and to encourage everyone to stop harming innocent animals.