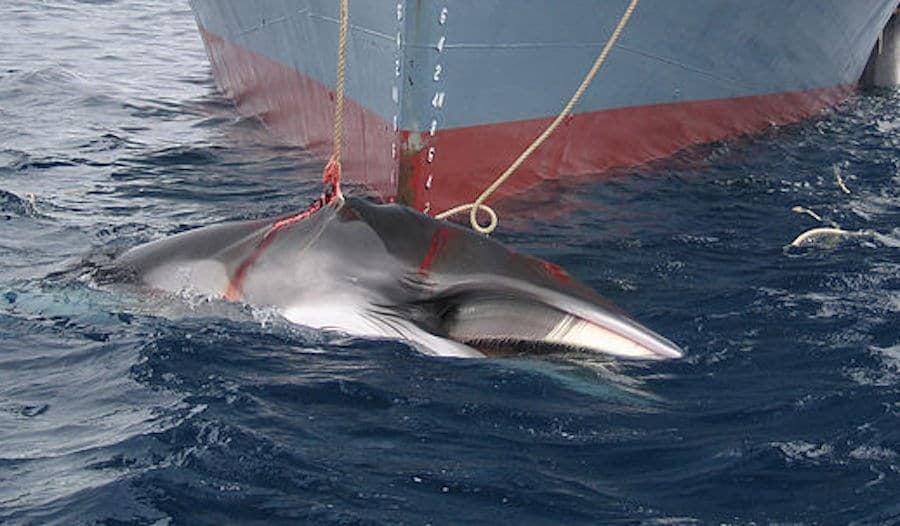 In devastating news, Japan has announced their withdrawal from the International Whaling Commision (IWC) and has resumed killing whales commercially as of July 1, 2019.

The slaughter of the whales is brutal and horrific. Whalers attack them with a harpoon loaded with explosives. When it makes contact with the animal, shrapnel is propelled into their bodies as the prongs of the harpoon spread open to stop the whale from escaping. Death is slow and excruciating.

Complaining that the IWC places to much focus on conservation instead of trying to build a sustainable whaling industry, Japan’s chief cabinet secretary Yoshihide Suga claims that whaling is still an important cultural aspect of Japanese life.

The nation has continued to kill whales under the guise of scientific research over the last 30 years. This year, 122 of 333 minke whales murdered for “research” were pregnant and a further 53 were youths.

Sign this petition urging Japan’s prime minister Shinzo Abe to reverse this decision and protect these incredible creatures instead of slaughtering them for profit.