Sign the Petition to Ban Fur in Los Angeles 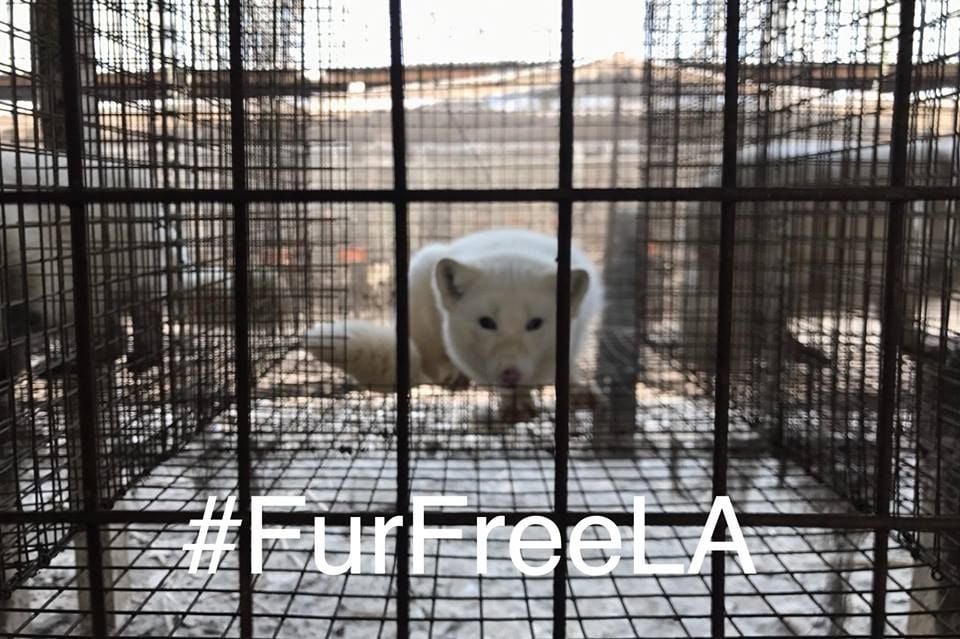 Los Angeles has an opportunity to go fur free — and you can help make it happen. CLICK HERE to sign the petition urging LA City Council to ban fur sales and manufacturing in the city.

Thanks to the efforts of animal rights organizations The Animal Hope and Wellness Foundation and Animal Hope in Legislation, the LA City Council has introduced a measure to ban the sale and manufacture of fur products within the city.

Councilmebers Bob Blumenfield and Paul Koretz introduced the motion last week, which was seconded by Councilmember Mitch O’Farrell. The proposal is now under discussion with the Personnel and Animal Welfare Committees.

Blumenfield said he was motivated to introduce the motion after watching footage released by the Foundation, which showed the horrific conditions animals are forced to live in inside fur farms.

“It is time to move past the arcane practice of killing animals for goods,” Blumenfield said. “Los Angeles must be a leader in this effort, stop the unnecessary killing of animals and finally eliminate this vile market.”

If the motion is successful, LA City would introduce a ban on the sale of any clothing or accessories that feature fur, with an exception for secondhand fur products. This ban would take effect in January 2020.

“Los Angeles is the second largest city in the United States, and this fur ban will go on to affect the entire nation,” the Foundation said on their Facebook page. “As more and more cities go Fur Free, designers will be pushed to make the compassionate choice.”

“This legislative act is not just about taking a stand,” Animal Hope and Wellness Foundation founder Marc Ching. “It is about compassion, about morality – and about what it means to be human.”

Support this important step by signing the petition.