SIGN: Pass U.S. Resolution to Ban Dog And Cat Slaughter Around the World 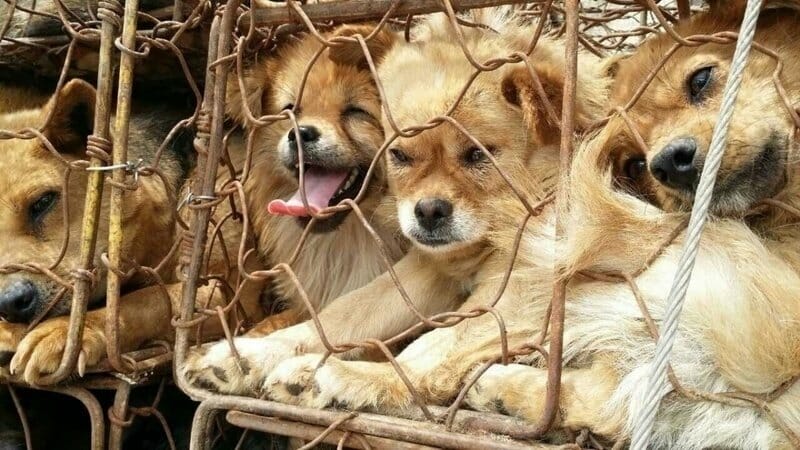 More than 30 million dogs and 10 million cats are annually butchered and sold for human consumption. These animals are stolen from their families or bred at meat farms and tortured alive by means such as burning, skinning, and beating.

Dogs and cats suffer without adequate nourishment and are afflicted with painful diseases while they await their cruel deaths. They’re cramped together in rusty, dirty cages, where they sit in their waste and must often fight one another for space.

Members of Congress recently introduced a bipartisan concurrent resolution calling for a worldwide end to the dog and cat meat trade. Senator Jeff Merkley has joined the bill’s original sponsors, Congressmen Alcee Hastings and Vern Buchanan, in taking a stand against this horrifying industry.

“These disturbing practices must end,” Merkley said. “This resolution sends an important message to the perpetrators of these abuses, that the United States is committed to enforcing essential animal welfare standards, and is urging the global community to do the same.”

This resolution must pass. Ending the brutal dog and cat meat trade for good will require a worldwide effort and it is our responsibility to keep fighting until victory is achieved.

Sign this petition urging Congress to take a necessary step toward defeating dog and cat meat by passing this crucial legislation.