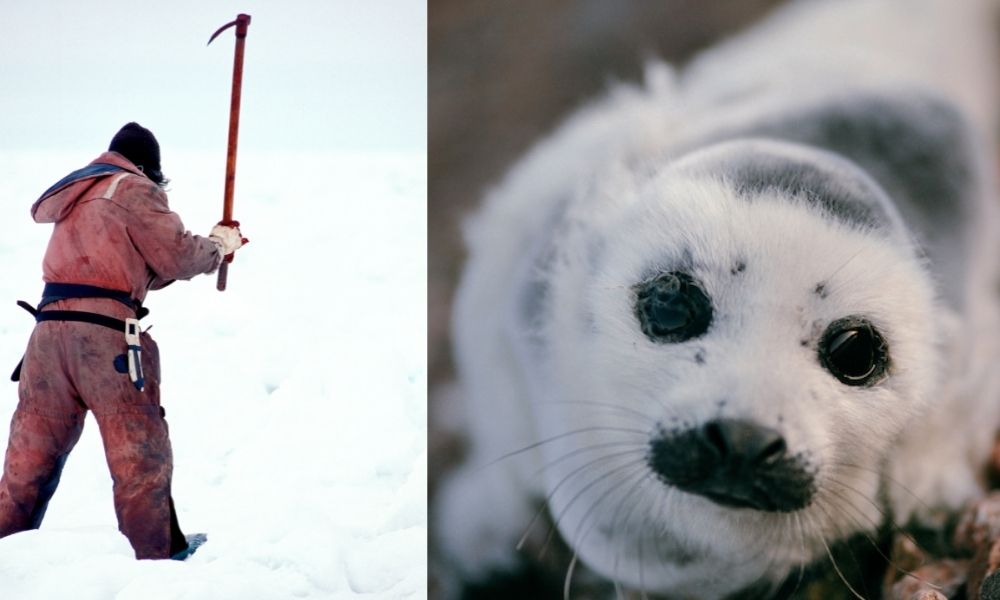 Baby seals are being shot, bludgeoned, and impaled to death with guns, clubs, and ice-pick-like weapons off Canada’s east coast in the country’s annual commercial seal hunt. In many cases, wounded victims flee into the water and suffer agonizing, slow deaths.

The demand for seal fur and skin is dwindling as more fashion moguls pledge to go cruelty-free, yet the Canadian government continues to pump money into this brutal and unnecessary hunt.

This horrific investment comes at a time when harp seals’ populations are only one-third their original size and the animals face climate-change-related threats, including a lack of sea ice and a melting habitat.

Canada’s Department of Fisheries and Oceans (DFO) announced in March 2021 the government’s plans to continue endorsing the annual seal hunt despite activists’ overwhelming calls for an end to the outdated and gruesome event and long-standing bans on the import of seal hides in numerous countries, including the United States and the European Union.

We must continue to defend these helpless seals. This brutal massacre must stop.