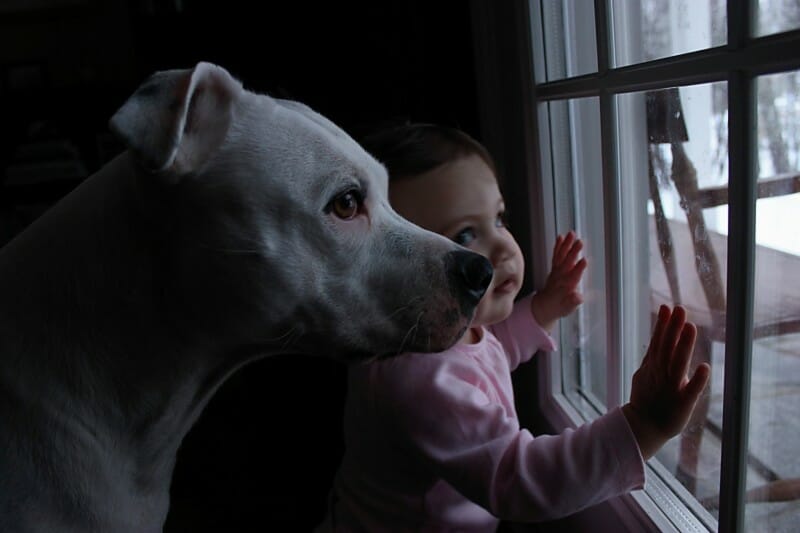 In the video, the man pulls out a knife. He roughly grabs a pet dog and threatens to cut the dog’s eyes out.

His 14-year-old daughter becomes the next victim; the video shows him grabbing her by the hair and pushing her toward a bed, where he repeatedly head butts her. The video captures the sound of the girl’s head thwacking into the wall, according to news reports.

It’s one tragic incident — of many — that show a clear link between animal abuse and violence against humans.

Often, the first person to identify children in dangerous homes is a law enforcement official who responds to a call about animal cruelty.  It’s a critical part of why animal abuse needs to be taken seriously and tracked.

Now, Congress could be one step closer to making that important move for defenseless children and animals everywhere.

The Child and Animal Abuse Detection and Reporting Act, if passed, would direct the Secretary of Health and Human Services to include data on animal abuse in the National Child Abuse and Neglect data system, which is used to determine trends about child abusers.

“There is an unfortunate correlation between animal and child abuse, with perpetrators often engaging in both of these heinous acts,” said Rep. John Katko (R-NY), a sponsor of the bill.  “Animals and children do not deserve to be mistreated, and we have a responsibility to do a better job tracking the behaviors of abusers.”

The bill is currently under consideration in the House Education and Labor Committee.

Sign this petition asking the committee to speedily support and pass this important legislation to help prevent the horrific abuse of thousands of animals and children who deserve lives free from unnecessary pain and suffering.