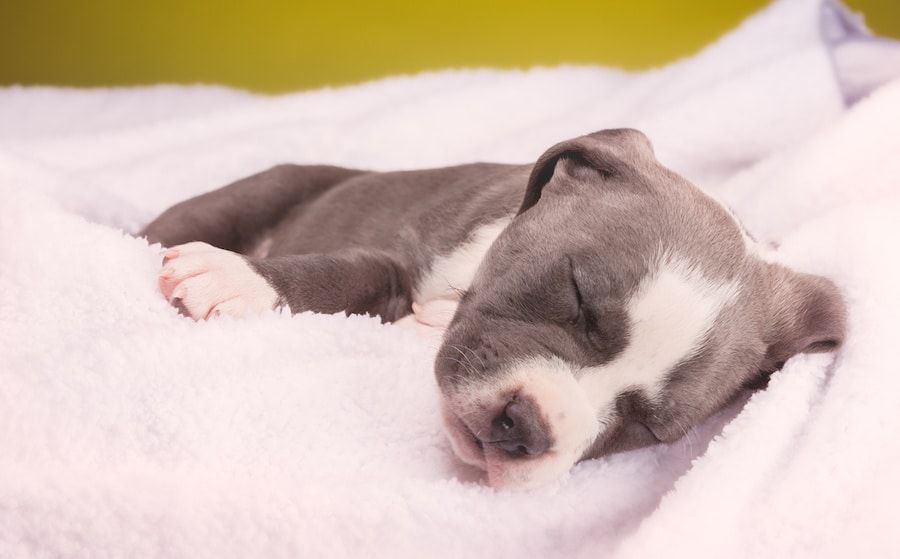 UPDATE (3/1/2021): Stephen Craig Swett was found guilty of one count of animal cruelty. He was sentenced to 24 months of probation, fined $500, and prohibited from owning animals for the duration of his probation period. While we agree that Swett deserved to be convicted of animal cruelty, probation hardly fits the crime of viciously and intentionally beating a dog until her back, hips, and ribs are broken. We were disappointed that Swett was not banned from owning animals for life.

When 12-week-old puppy Kayle was brought into the MaxFund Animal Shelter in Englewood, Colorado, staff were shocked by the horrific injuries she had received at the hands of her supposed guardians.

Struggling to breathe and in intense pain, this gorgeous bull terrier cross had been so badly beaten that she had a broken back, a ruptured lung, two broken hips, and several broken ribs; some of these injuries were old and some new, indicating that the abuse had been ongoing for some time.

Denver Animal Protection forced Kayle’s former guardians to sign her care over to MaxFund, who is providing extensive medical treatment, and have filed animal cruelty charges against them.

Staff at MaxFund say that although Kayle’s body was broken, her spirit wasn’t; this sweet dog is somehow still able to love and trust people in spite of the heartbreaking abuse she suffered.

No other dogs must suffer this cruel fate — sign this petition urging Denver District Attorney Beth McCann to prosecute the abusers to the fullest extent of the law, ensuring they can never go near an animal again.