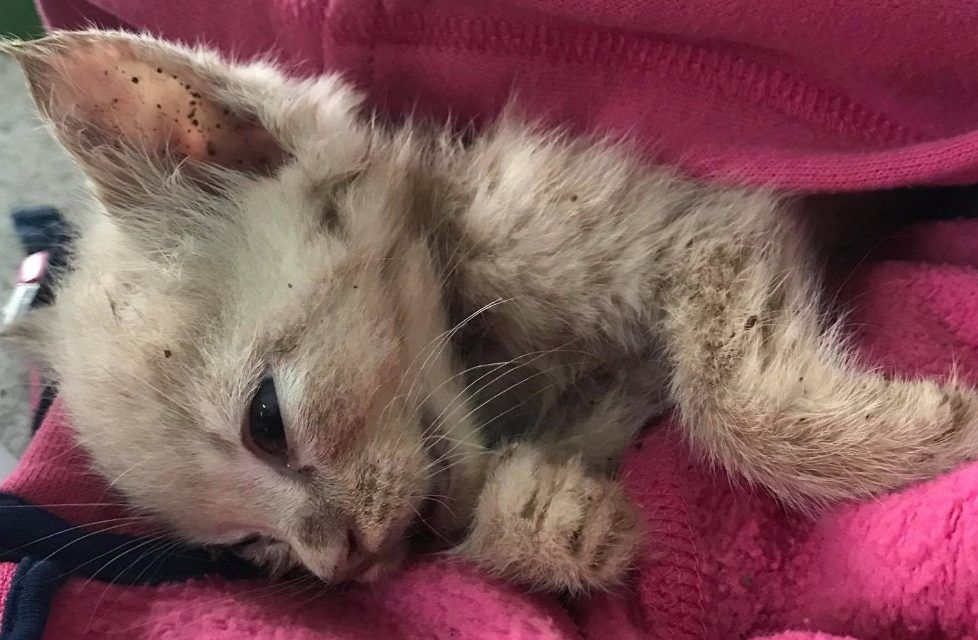 UPDATE (2/22/2019): Johnny Mack Rogers pleaded guilty to aggravated animal cruelty on Thursday, February 21, 2019. He received a one year jail sentence, a year of probation, and can never own an animal again.

In an appalling act of animal cruelty, a 29-year-old man buried a kitten alive after the tiny animal was stomped on by a friend during a night of drinking at his property in Erwin, Tennessee late last month.

Witnesses rescued the injured kitten from his shallow grave and took the animal to the Unicoi County Animal Shelter, who immediately rushed him to the Robinson Animal Hospital. Covered in blood and dirt and gasping for breath, the tiny cat – later named Warrior by the shelter – fought for his life, but with severe internal injuries and airways full of dirt, he did not survive despite veterinarian’s best efforts.

The perpetrator faces a felony charge for aggravated animal cruelty and will appear in the Unicoi County General District Court on September 20th. It is crucial that the court treat this case with the severity it deserves.

Sign this petition asking Honorable Kenneth C Baldwin, District Attorney for Unicoi County, to prosecute to the fullest extent of the law and ensure this man can never own an animal again.