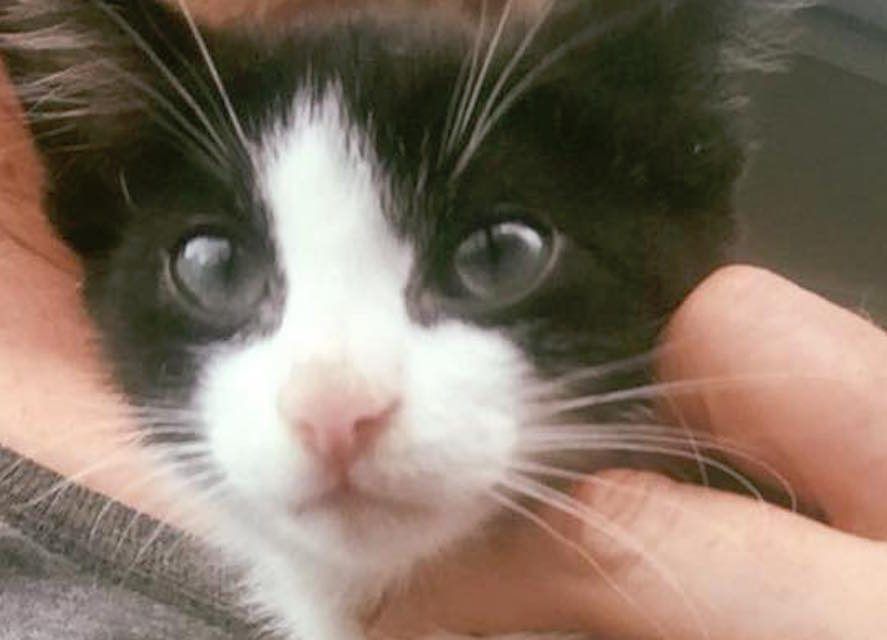 UPDATE (6/22/2022): The offender was prosecuted for cruelty to animals under Irish Law and appeared in court, where he was ordered by the judge to pay money to the Irish Society for the Prevention of cruelty to Animals, which he did, according to a Kilrush Garda spokesperson. LFT will continue to always push for animal abusers to be held accountable for their actions! —Lady Freethinker Staff

In a sickening video posted on Snapchat, a man in Cooraclare, Ireland tosses a howling kitten into a frying pan and appears to turn the stovetop on. He then throws the kitten high in the air, making her crash down painfully on her side.

The torrent of abuse doesn’t end there; the man violently kicks the kitten, sending her flying before grabbing her in one hand and forcefully hurling her across the room, where she again lands heavily on her side.

During the video, both the abuser and the second man recording the torture can be heard laughing and cheering.

Local animal rescuers saw the distressing video, and a volunteer took the traumatized kitten – a little black and white girl named Colin – to a vet for x-rays and observations. Thankfully, she is now safe in the hands of My Lovely Horse Rescue.

Kilrush Gardai (the local Irish police) are investigating this shocking case. It is now crucial that the men responsible face fitting charges for their cruelty.

Sign this petition calling for justice for Colin. Urge the Kilrush Gardai to prosecute these two men to the fullest extent of the law, ensuring they are never allowed around near animal again.