SIGN: Justice for Kitten Shot and Amputated Over ‘Allergies’ 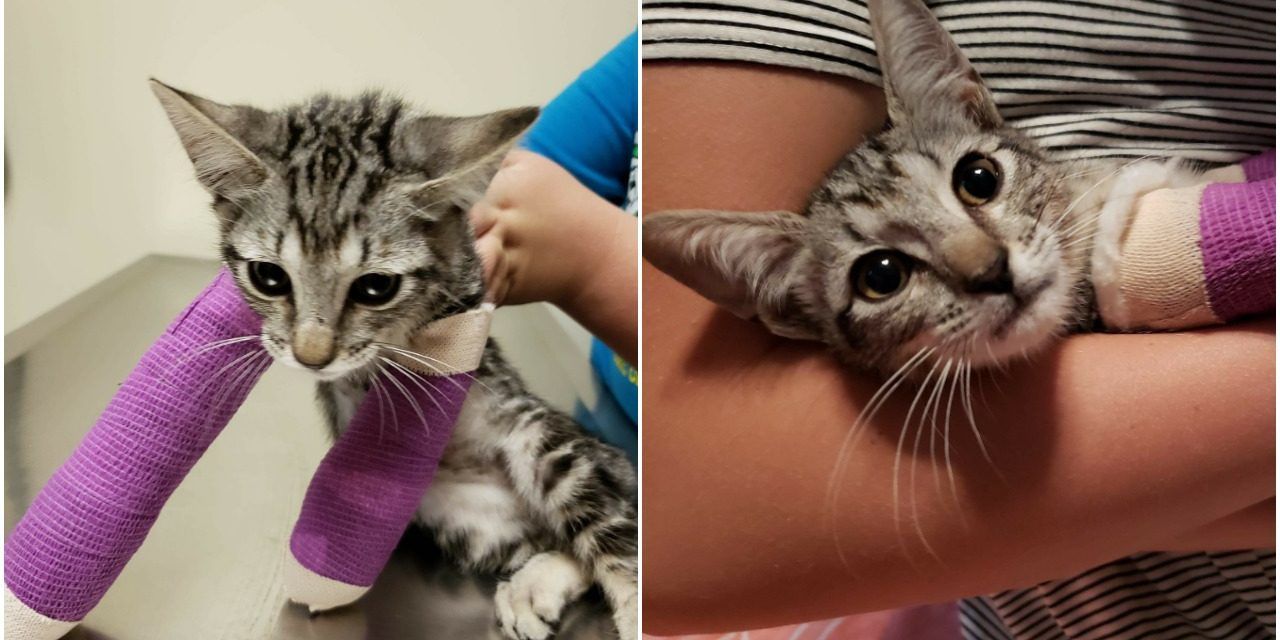 UPDATE: The San Angelo Police Department investigated this case. Unfortunately, a grand jury failed to indict this woman on the charges and the case died. While we are disappointed in that this case was not treated with the severity that it deserved, we are happy to share that the cats are recovering and have been adopted.

A woman in San Angelo, Texas shot a litter of kittens living on her property simply because she claims to be allergic to cats. One of the four-month-old kittens — later named Bullet — suffered immensely as bullets tore through her front legs, completely shattering the bones of the right leg and fracturing the left.

Bullet was rushed to emergency treatment, but sadly vets were forced to amputate part of her right leg.

Another kitten was injured in the shocking incident but ran away; rescuers have not been able to find her. Two other kittens in the litter luckily escaped without injury and are being cared for by local rescue center Concho Valley PAWS, who is also caring for Bullet. They say that in spite of the trauma, all three kittens have sweet, loving natures.

There is no excuse for shooting innocent kittens — especially not over “allergies.” Law enforcement must make it clear that such cruelty to animals will not be tolerated.

Sign this petition urging the San Angelo City Attorney to prosecute this woman to the fullest extent of the law, ensuring she is kept away from animals for the rest of her life.