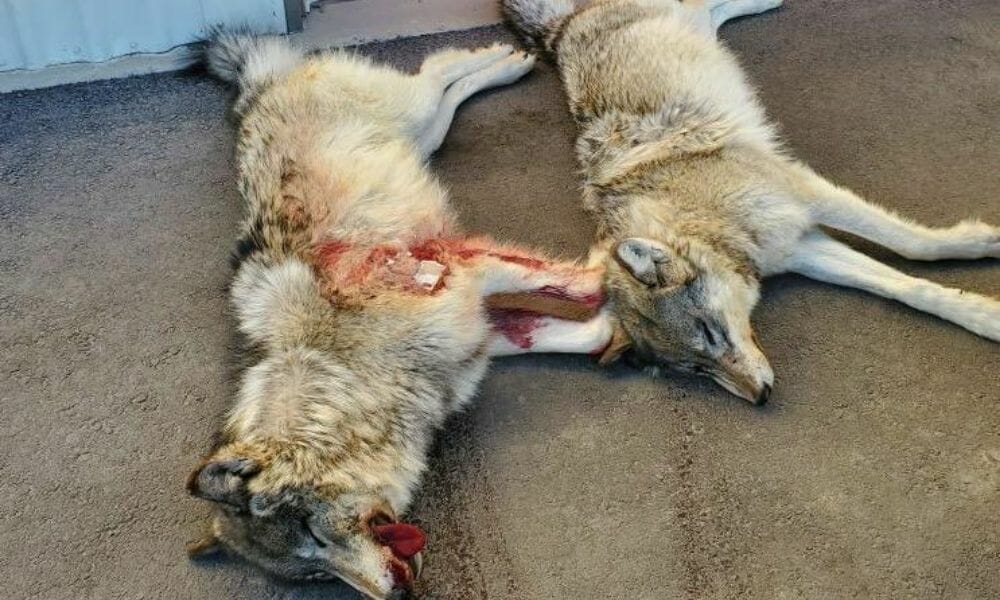 Illegally shot to death by two poachers in a helicopter, a pair of slaughtered gray wolves were loaded onto a snowmobile and taken to a garage by their killers, who planned to skin their slain carcasses.

Game wardens in Montana’s Big Hole Valley responding to a tip found the dead wolves in a freezer and cited Dalton Tamcke and Justin Peterson for unlawful taking of wildlife, failure to obtain landowner permission for hunting, and shooting the animals from an aircraft, which is illegal in the state.

Tamcke and Peterson admitted that they had not planned on informing authorities of the dead wolves as required by law, KPVI reported. They also refused to identify the helicopter pilot or company that facilitated their illicit hunt.

Authorities chose not to pursue the pilot, and after collecting paltry fines of $425 and $435 from the men then “rewarded” Tamcke and Peterson for their “cooperation” by allowing the pair to avoid restitution charges of $1,000 per wolf.

This lack of accountability for breaking numerous state laws sets the example that poaching a protected species is excusable, as is trespassing on private property to kill.

This weak response to the needless and unlawful killing of two wolves is unacceptable and dangerous, especially as politicians work to loosen restrictions on killing wolves in Montana and nationwide. We must speak out for wolves and their continued need for protection.

Sign this petition urging the Montana Department of Fish, Wildlife & Parks to hold all individuals involved in this heartbreaking case responsible by seeking additional charges and finding the pilot who assisted in the illegal slaughtering of these wolves.