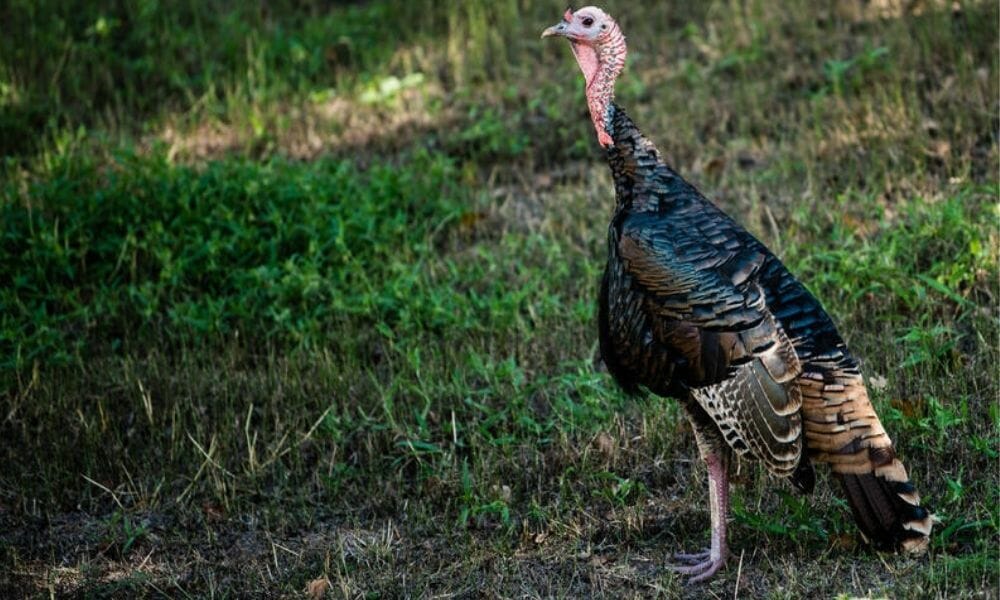 UPDATE (9/2/2021): The man who admittedly killed Tom George, a beloved turkey resident of Argyle, Texas, received 120 days of probation and court costs for the fatal act.

Cole Lemmon, a homeless individual who admitted to strangling the turkey before throwing him into his car, pleaded ‘no lo contendere’ — a court term meaning that he accepts the conviction, but doesn’t admit guilt — to charges of hunting a bird from a public roadway and hunting without a valid license.

Citation documents show Lemmon also was warned for using illegal means and methods and having no hunter education.

The courts granted Lemmon’s request for a deferred disposition — resulting in 120 days of probation, which will end on Dec. 31.  During the probation period, Lemmon cannot break the law and also must pay a total of $754 in fines for his citations.

We are disappointed that the senseless and brutal killing of a beloved and innocent animal resulted in such a paltry probation period, with no mandated actions for Lemmon to undergo a psychological evaluation or participate in a cout-ordered program that could help ensure he does not commit additional acts of cruelty against animals.

We also are disappointed that Gov. Greg Abbott did not consider extending animal welfare protections to turkeys, despite this case showing a need.

We thank the more than 28,700 people who signed our petition demanding justice for this beloved turkey, whom we hope is no longer suffering and instead is resting in peace.

We will continue our fight to ensure justice and accountability for all individuals who would harm animals.

A beloved turkey named Tom George, who served as the unofficial mascot for the town of Argyle, Texas, is dead after someone grabbed him by the neck and choked the bird to death. He threw the lifeless body into his car and drove off, according to an onlooker who saw the horrifying scene.

Sadly, wild turkeys are not protected under Texas’s animal cruelty laws, and the maximum sentence the perpetrator can receive is a Class C misdemeanor and a fine of up to $500. These charges are for unlawful hunting without a license and possession of a “game animal” taken on a public roadway, according to Cross Timbers Gazette.

This must change. All animals deserve to be protected under the state’s animal cruelty laws.

Residents and authorities alike are deeply saddened by the loss of Tom George, who roamed the local streets for years, harmlessly impeding traffic and curiously approaching bystanders. Tom George’s Facebook page received an outpouring of grief from mourners, who hope to see the turkey’s killer brought to justice.

Tom George’s death could serve as a launching pad for animal cruelty law reform in Texas. Make sure a horrible situation like this never happens again without consequences.

Sign this petition urging Gov. Greg Abbott to push for the expansion of animal cruelty laws to all animals, including innocent turkeys like Tom George, throughout the state of Texas.