SIGN: Justice for TT, Dog with Tail Snapped Off by Groomer 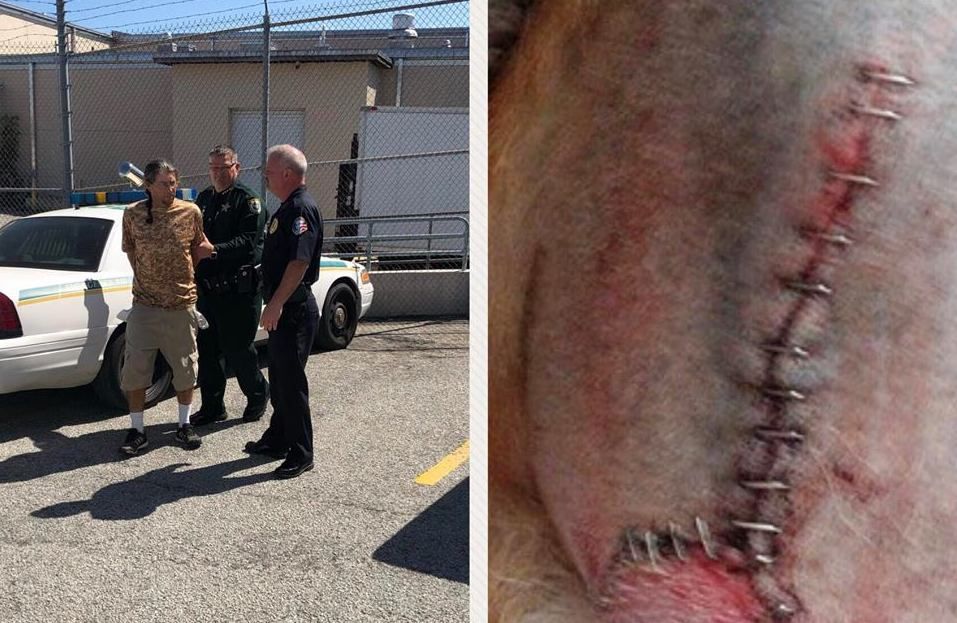 UPDATE (4/20/2022): James Suthann was sentenced for 180 days in prison and placed on probation for the following 3 years under the supervision of the Department of Corrections, according to court records. On top of the standard conditions of probation, Suthann will pay $5,278.61 to TT’s owner, not work in any form of employment regarding animals while on probation, and shall not own or be in possession of any animal while on the term of probation. Though we are disappointed Suthann did not receive a lifetime ban from caring for animals. We thank everyone who has signed this petition. We will continue to advocate for innocent animals. — Lady Freethinker Staff

A service dog in Satellite Beach, Florida was brutally mutilated when a groomer allegedly yanked and twisted her tail, severely breaking it. TT, a German shepherd, was attacked for seven agonizing minutes by groomer James Suthann, who flew into a rage when she didn’t sit still.

During the attack, Suthann also struck her in the back of her head with the nozzle of a grooming hose. The horrific assault was caught on video, but the footage is so graphic, law enforcement has decided not to share it publicly.

After the appointment, TT’s owner — a disabled veteran — noticed she was in severe distress and took her to an animal hospital. Her tail couldn’t be saved and was amputated during emergency surgery.

Suthann was charged with felony cruelty to animals. After posting just $2,000 bail, he was released, and now waits to answer for this abhorrent crime.

Suthann must be held accountable for his actions so he can never inflict suffering on an animal again. Sign this petition urging Brevard County Prosecutor Phil Archer to prosecute Suthann to the fullest extent of the law, and to impose a lifetime ban on him caring for animals in any way.