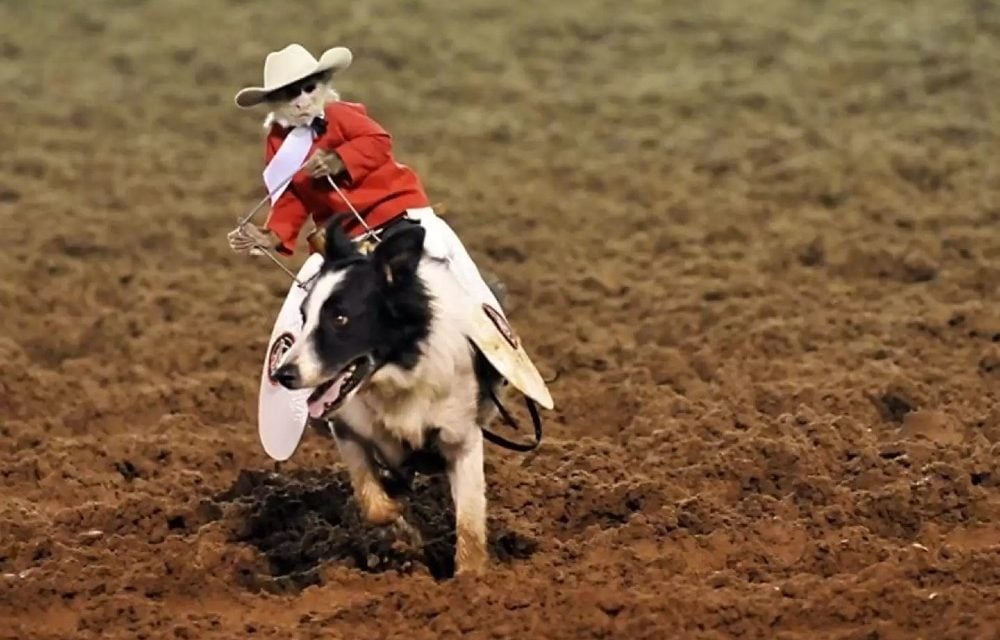 UPDATE (11/3/2022): Tim Lepard had five additional violations at a recent inspection on Sept. 14, during which inspectors documented no acquisition records for 14 sheep, an inaccurate travel inventory, an incomplete program of veterinary care (including no schedule for parasite sampling or preventive care), incomplete medical records for four border collies, and fencing issues for a shelter housing two capuchin monkeys, according to the inspection report.  Lepard had 20 animals: four dogs, 14 sheep, and two white-throated capuchin monkeys at the time of the inspection. We’ll keep advocating for proper treatment of these innocent animals. —Lady Freethinker Staff.

Tiny monkeys are being forced to wear cowboy costumes and hang onto dogs running at speeds of up to 30 mph to “entertain” screaming crowds numbering thousands of people.

In the grotesque “monkey rodeo,” operated by USDA-licensee Tim Lepard, capuchin monkeys hang on for dear life to border collies who chase terrified sheep across fields at shows for big headliners – including members of the Major and Minor League Baseball associations, the National Football League, the National Basketball Association, and NASCAR — as well as for local events.

Leading primate experts, including the North American Primate Sanctuary Alliance and the Humane Society, have condemned the unnatural activity, which they have warned could lead to whiplash and injuries, as well as terror, for the innocent monkeys.

The animals also have been forced to “entertain” crowds Lepard estimated reached 115,000 people and on days when outside temperatures exceeded 90 degrees, according to news reports.

In addition to the inherent cruelty of the rodeo itself, life spent on the road can be dangerous and deadly for the animals, who don’t choose to be there. 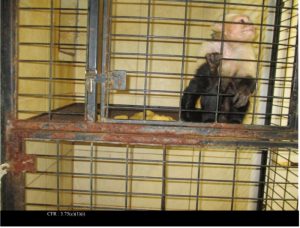 One year, all of Lepard’s animals died from carbon monoxide poisoning after his truck lost its muffler and the camper trailer filled with deadly gas, according to news reports.

Catastrophes aside, the  animals endure a grueling travel and performance schedule — with Lepard bragging to news that he did 47 shows in 15 days one year and that he and the animals are on the road for more than 300 days a year.

Traveling also means these poor animals — including one 28-year-old white-throated capuchin monkey who reportedly has been “riding” since age 2 — spend much of their lives in barren enclosures that haven’t always passed welfare standards. 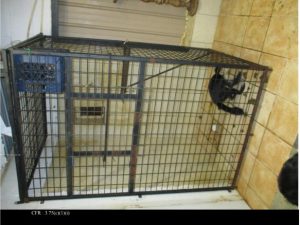 But it wasn’t his first or only violation: He’s also been cited for irregular veterinary care, using a heartworm preventative meant for horses on his dogs without being sure of the correct dose,  incomplete records, and fencing issues, according to public records documents.

At his most recent federal inspection in April 2022, Lepard got cited for seven violations, including giving his dogs expired heartworm medication and unapproved parasite control treatments, not having a veterinarian on site in approximately two years, incomplete medical and acquisition records, and missing key components in his written program of care — including requirements for an annual exam by a vet, a parasite treatment and sampling schedule and preventive care.

While Lepard has claimed to news that he treats his animals like “family”, news has reported his hands are “noticeably scarred from run-ins from uncooperative monkeys past and present” and that he re-homes his border collies after they’ve served their use for him.

Overall, the USDA cited Lepard with 17 violations spanning nine of his 13 most recent inspections — or 69 percent — but he continues to perform to this day.

Defenseless animals should never be forced to perform unnatural and terrifying stunts for people’s profit or “entertainment.” These inhumane monkey rodeos must stop immediately.

Sign our petition urging the USDA to immediately conduct an animal welfare inspection and to re-locate any suffering animals to a reputable sanctuary, and for major sports organizations whose members have hosted Team Ghost Riders to do all they can to ban this horrific act — including  publicly and decisively condemning this brutality. 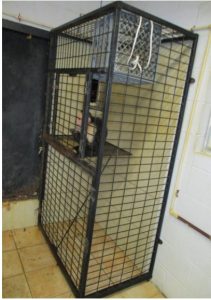